ICV injection of ASO at P1 rescues specific AS phenotypes. 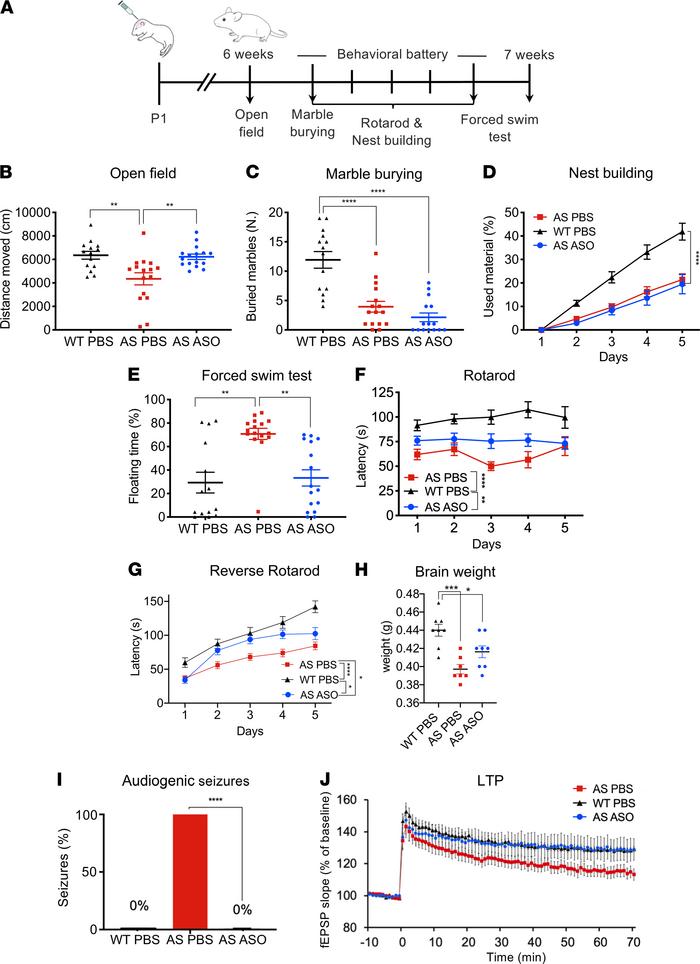