P1 injection with ASO restores UBE3A expression in the brains of AS mice. 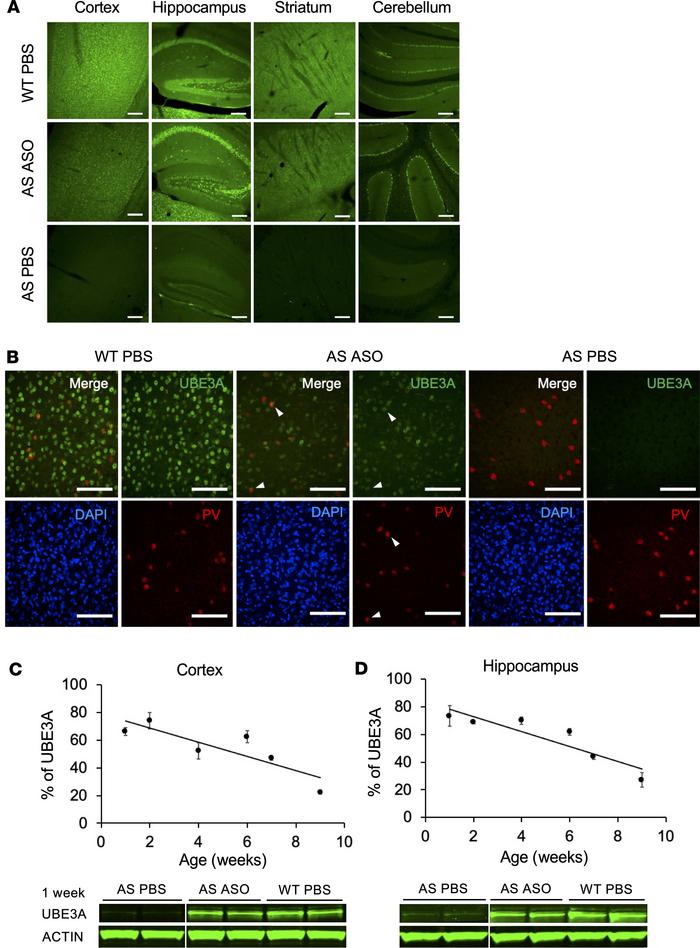