Paternal silencing and ASO strategy to restore its expression in mouse neurons. 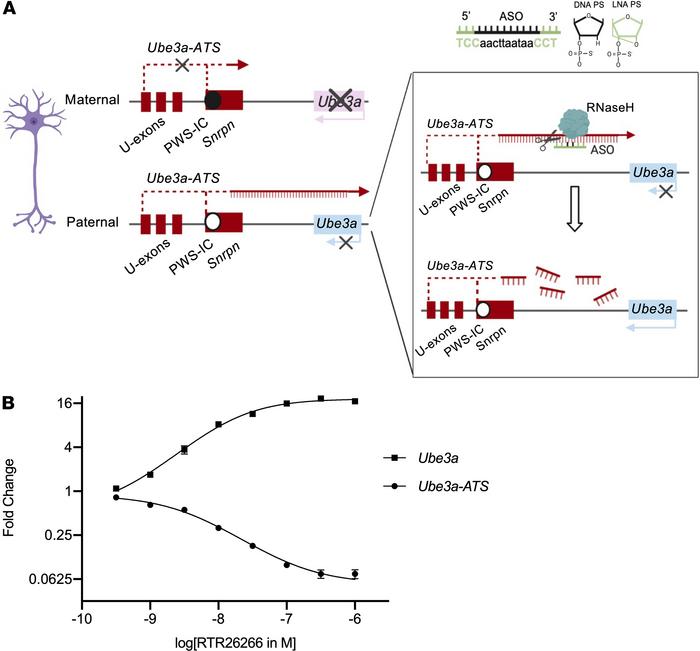 () Schematic representation of the mouse genomic locus. Analogous to human, transcription of the paternal from the same promoters encoding , upstream of the (black filled circle), interferes with transcription. For the knockdown of the , a 3-10-3 gapmer antisense oligonucleotide (ASO) with phosphorothioate (PS) (black) and locked nucleic acid (LNA) modifications (green) for 3 nucleotides flanking the DNA core (black) was used (sequence indicated above). Upon RNaseH cleavage at the RNA/DNA hybrid site, the was degraded; as a result was unsilenced. () Concentration response curve of RTR26266 (M) in AS mouse neurons measuring both and mRNA expression.