Rhythmic recruitment of VDR at the VDR target genes disappears in Int–/– mice. 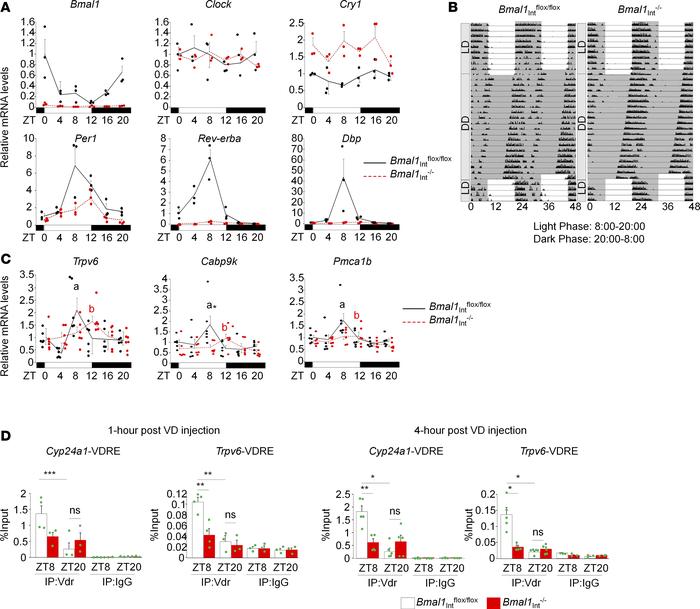