The nasal mucosa is an important component of mucosal immunity. Immunogenic particles in inspired air are known to activate the local nasal mucosal immune system and can lead to sinonasal inflammation; however, little is known about the effect of this activation on the lung immune environment. Here, we showed that nasal inoculation of murine coronavirus (CoV) in the absence of direct lung infection primes the lung immune environment by recruiting activated monocytes (Ly6C+ inflammatory monocytes) and NK cells into the lungs. Unlike infiltration of these cells into directly infected lungs, a process that requires type I IFN signaling, nasally induced infiltration of Ly6C+ inflammatory monocytes into the lungs is IFN-I independent. These activated macrophages ingested antigen and migrated to pulmonary lymph nodes, and enhanced both innate and adaptive immunity after heterologous virus infection. Clinically, such nasal-only inoculation of MHV-1 failed to cause pneumonia but significantly reduced mortality and morbidity of lethal pneumonia caused by severe acute respiratory syndrome CoV (SARS-CoV) or influenza A virus. Together, the data indicate that the nose and upper airway remotely prime the lung immunity to protect the lungs from direct viral infections. 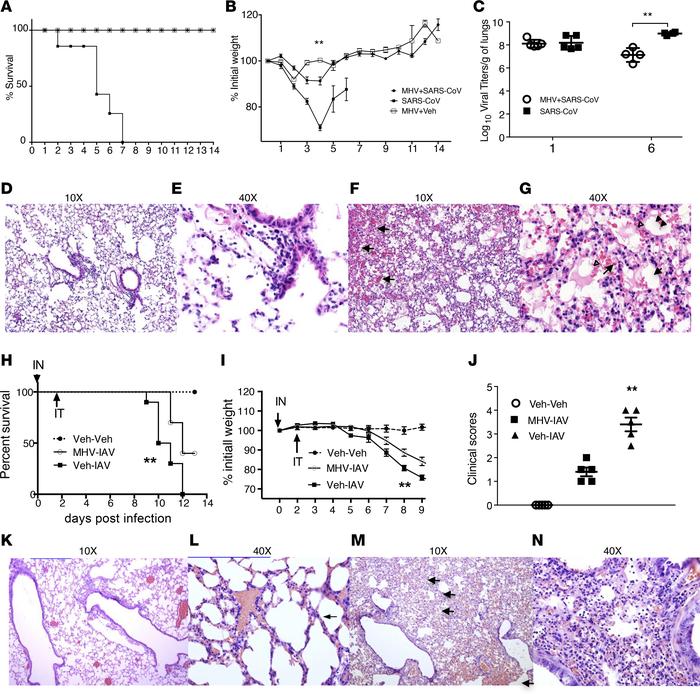