AR expression in pancreatic β cells and the hypothalamus of βARKORIP female mice. 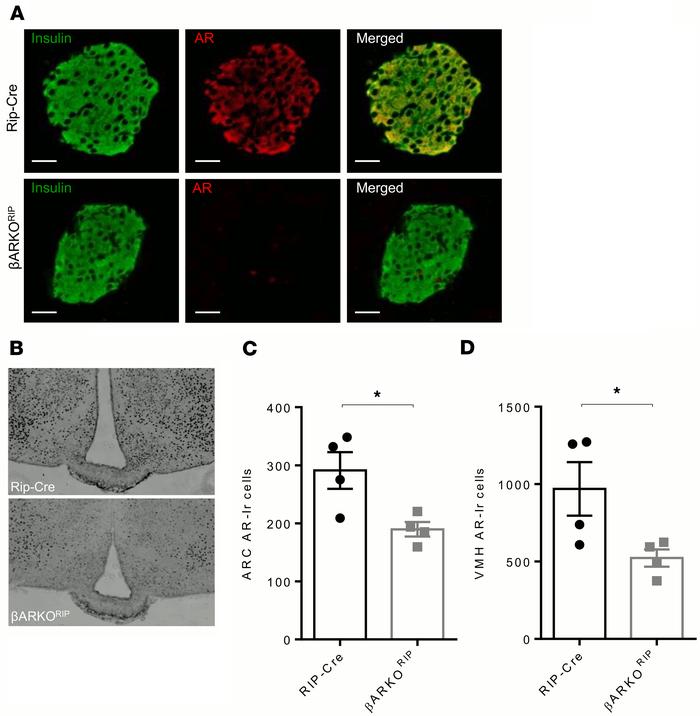