Free iron enhances the oxidation of free hemoglobin (Hb) and this biochemical reaction can be attenuated with increasing concentrations of apo-transferrin (apo-Tf). 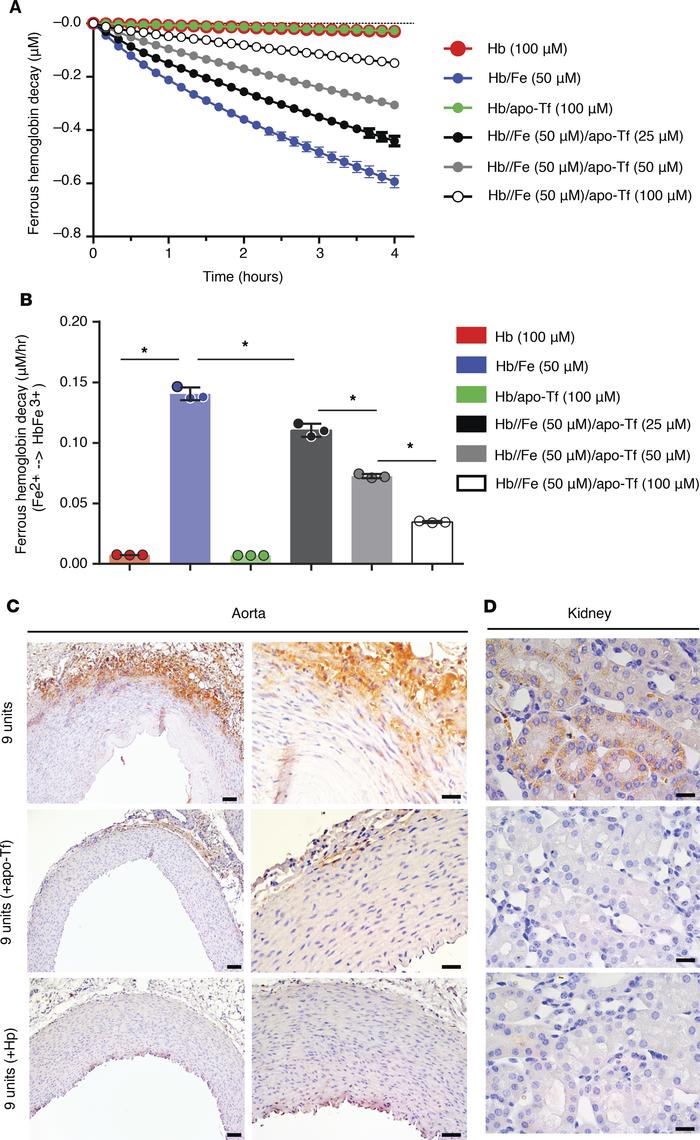