Microglia play a critical role in the development and homeostasis of the CNS. While mobilization of microglia is critical for a number of pathologies, understanding of the mechanisms of their migration in vivo is limited and often based on similarities to macrophages. Kindlin3 deficiency as well as Kindlin3 mutations of integrin-binding sites abolish both integrin inside-out and outside-in signaling in microglia, thereby resulting in severe deficiencies in cell adhesion, polarization, and migration in vitro, which are similar to the defects observed in macrophages. In contrast, while Kindlin3 mutations impaired macrophage mobilization in vivo, they had no effect either on the population of microglia in the CNS during development or on mobilization of microglia and subsequent microgliosis in a model of multiple sclerosis. At the same time, acute microglial response to laser-induced injury was impaired by the lack of Kindlin3-integrin interactions. Based on 2-photon imaging of microglia in the brain, Kindlin3 is required for elongation of microglial processes toward the injury site and formation of phagosomes in response to brain injury. Thus, while Kindlin3 deficiency in human subjects is not expected to diminish the presence of microglia within CNS, it might delay the recovery process after injury, thereby exacerbating its complications.

Kindlin3 is expressed in microglia in vitro and in vivo. 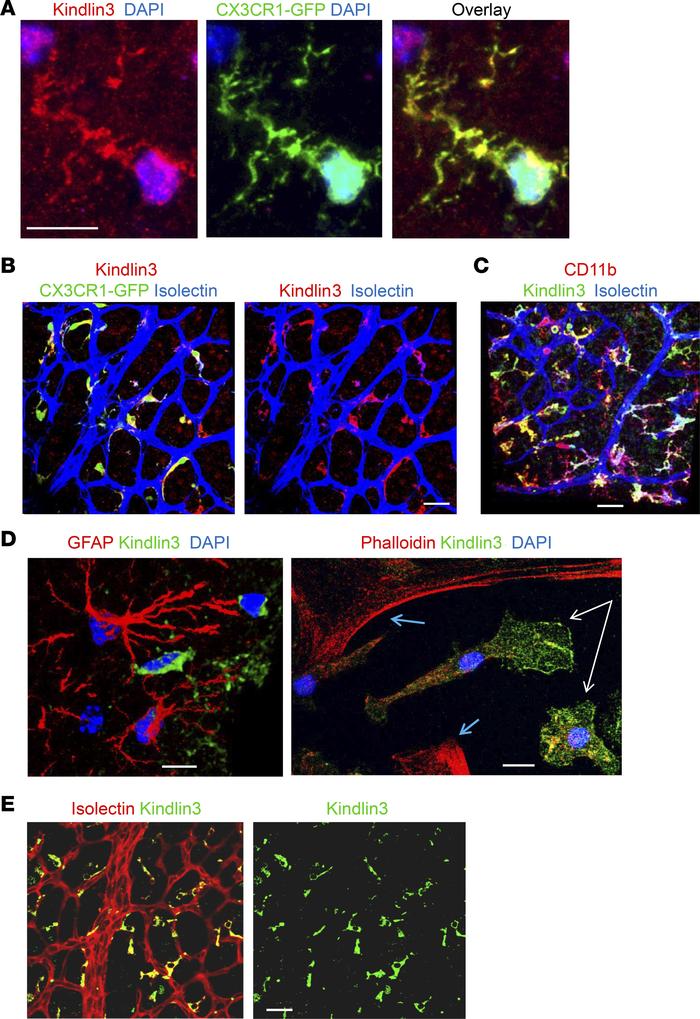