Insulin can inhibit hepatic glucose production (HGP) by acting directly on the liver as well as indirectly through effects on adipose tissue, pancreas, and brain. While insulin’s indirect effects are indisputable, their physiologic role in the suppression of HGP seen in response to increased insulin secretion is not clear. Likewise, the mechanisms by which insulin suppresses lipolysis and pancreatic α cell secretion under physiologic circumstances are also debated. In this study, insulin was infused into the hepatic portal vein to mimic increased insulin secretion, and insulin’s indirect liver effects were blocked either individually or collectively. During physiologic hyperinsulinemia, plasma free fatty acid (FFA) and glucagon levels were clamped at basal values and brain insulin action was blocked, but insulin’s direct effects on the liver were left intact. Insulin was equally effective at suppressing HGP when its indirect effects were absent as when they were present. In addition, the inhibition of lipolysis, as well as glucagon and insulin secretion, did not require CNS insulin action or decreased plasma FFA. This indicates that the rapid suppression of HGP is attributable to insulin’s direct effect on the liver and that its indirect effects are redundant in the context of a physiologic increase in insulin secretion. 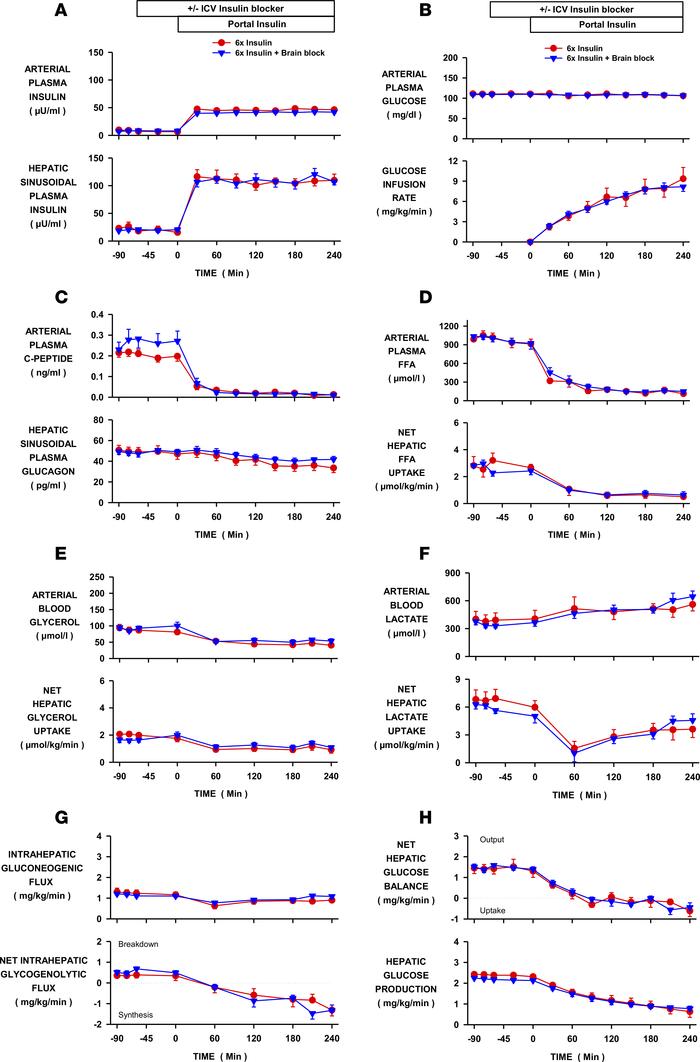