IRF5 is induced in mouse liver macrophages in NASH and experimental fibrosis models. 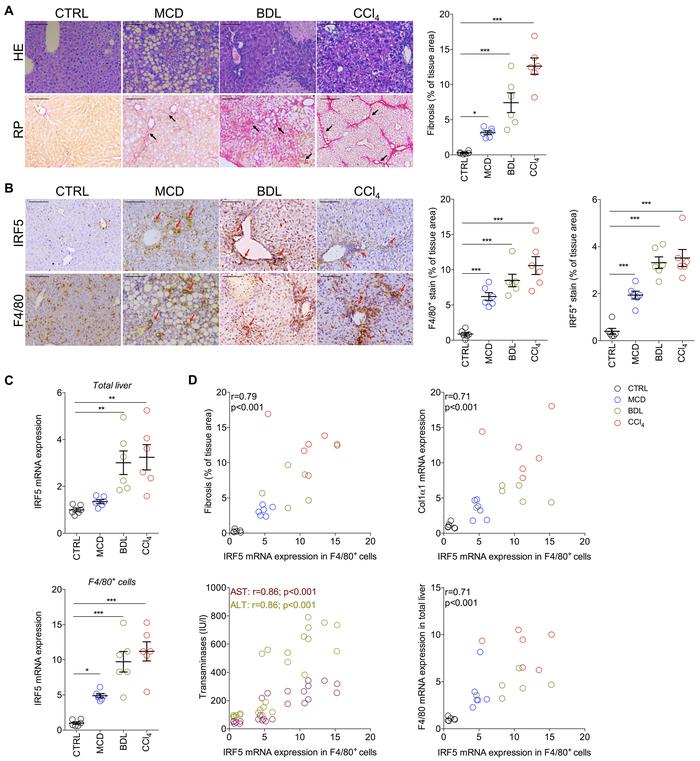