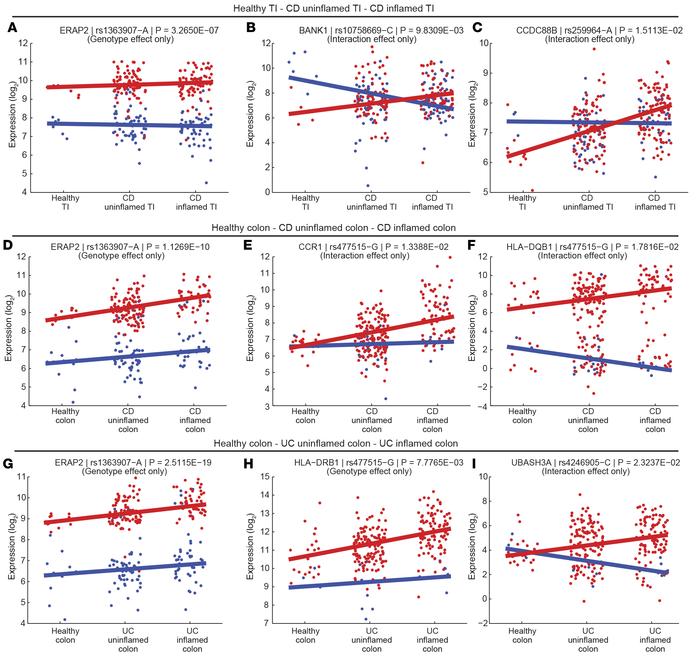 Log2 gene expression depicted in blue corresponds to healthy controls and patients homozygous for the inflammatory bowel disease–associated (IBD-associated) non-risk allele; log2 gene expression depicted in red corresponds to healthy controls and patients heterozygous or homozygous for the IBD-associated risk allele. A linear mixed-effects model was used to estimate significance of effect of genotype only and interaction of genotype with tissue inflammation status on gene expression. Genes with values of ≤ 0.05 for one of the three terms (genotype, tissue inflammation status, or interaction term) were considered significant. Significance was further validated by permuting genotype and gene expression independently 1,000 times each. 13 healthy terminal ileum (TI) samples, 156 uninflamed Crohn’s disease (CD) TI samples, 152 inflamed CD TI samples, 142 uninflamed ulcerative colitis (UC) colon samples, and 107 inflamed UC colon samples were used for this analysis. Genotype-only effects are shown in , , , and ; interaction-only effects are shown in , , , , and . rs1363907 and show the strongest cis-eQTL effect across tissue and disease groups (TI shown in , colon shown in and ).