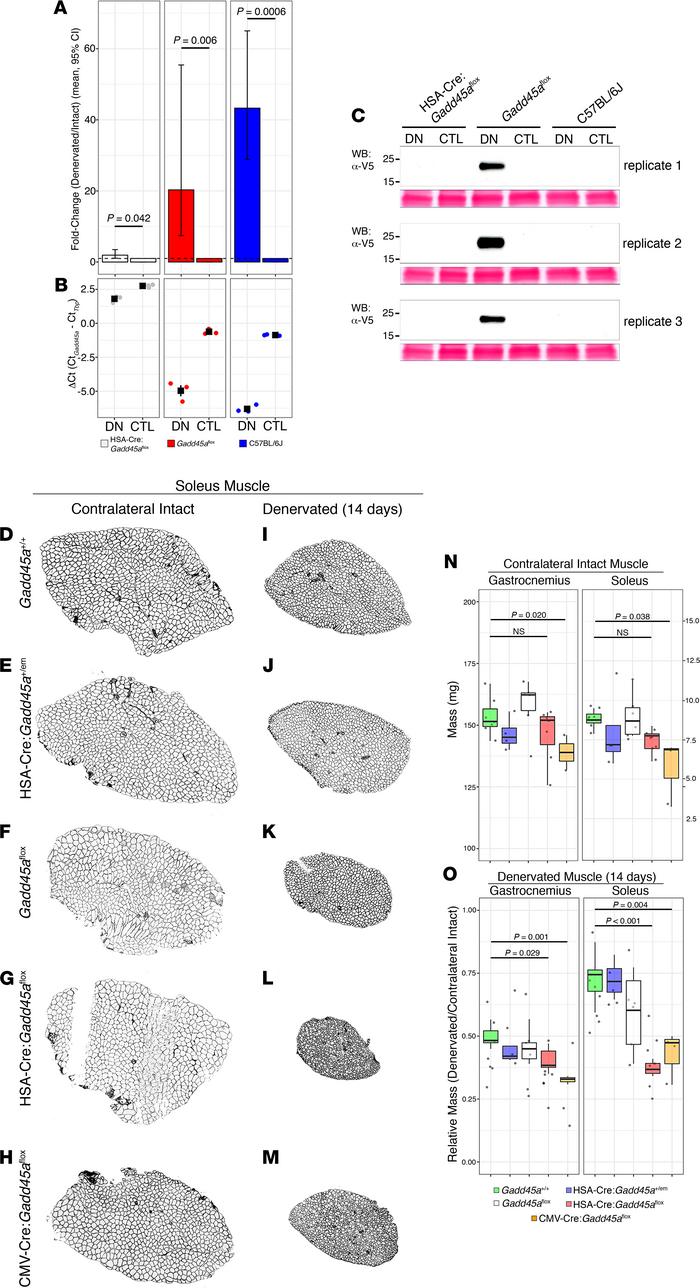 Skeletal muscle–specific deletion of (HSA-Cre:fl) essentially abolished its induction in denervated gastrocnemius compared with fl and WT littermates ( and , paired test). Error bars in show mean ± SEM. Accordingly, a target corresponding to endogenous V5 epitope–tagged GADD45A was detected in denervated gastrocnemius from fl mice (but not contralateral intact muscle) but was abolished in denervated HSA-Cre:fl gastrocnemius (). Baseline gastrocnemius and soleus muscle mass from WT, heterozygous, fl, HSA-Cre:fl (muscle-specific deletion), and CMV-Cre:fl (ubiquitous deletion) did not significantly differ (– and ; soleus muscle shown, scale bar: 300 μm). However, at 14 days postdenervation, gastrocnemius and soleus muscle from HSA-Cre:fl mice showed significantly greater loss of mass compared with WT, heterozygous, and fl genotypes (– and , 1-way ANOVA with Bonferroni’s correction). The degree of gastrocnemius and soleus mass loss in CMV-Cre:fl mice does not significantly differ from HSA-Cre:fl mice, consistent with the inference that the protective effect of induction is mediated entirely through its expression in skeletal muscle myocytes. The box plots depict the minimum and maximum values (whiskers), the upper and lower quartiles, and the median. The length of the box represents the interquartile range.