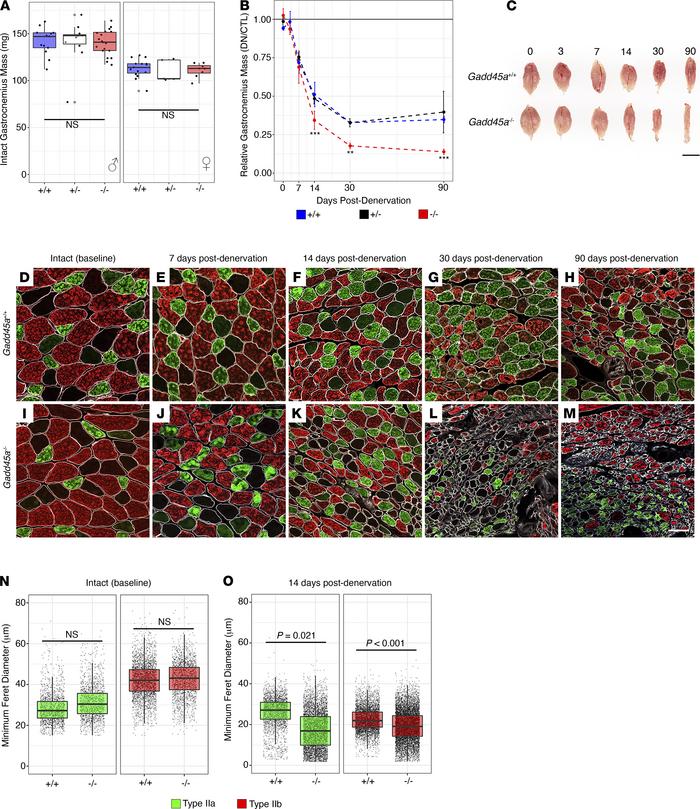 Conventional -null mice showed no difference in baseline gastrocnemius mass compared to WT and heterozygous littermates (, 2-way ANOVA with genotype and sex). However, denervated gastrocnemius from -null mice showed significantly accelerated and exacerbated atrophy compared with both WT and heterozygous littermates ( and , ** < 0.01, *** < 0.001, multiple linear regression with genotype, time, and genotype-time interaction as predictor variables, scale bar: 5 mm). This was reflected at the level of individual myofibers, with both type IIa and type IIb myofibers from -null mice showing significantly greater reduction in mean minimum Feret diameter compared with WT littermates (–, 2-way ANOVA, scale bar: 100 μm). The box plots depict the minimum and maximum values (whiskers), the upper and lower quartiles, and the median. The length of the box represents the interquartile range.