induction is an acute and sustained response to denervation injury. 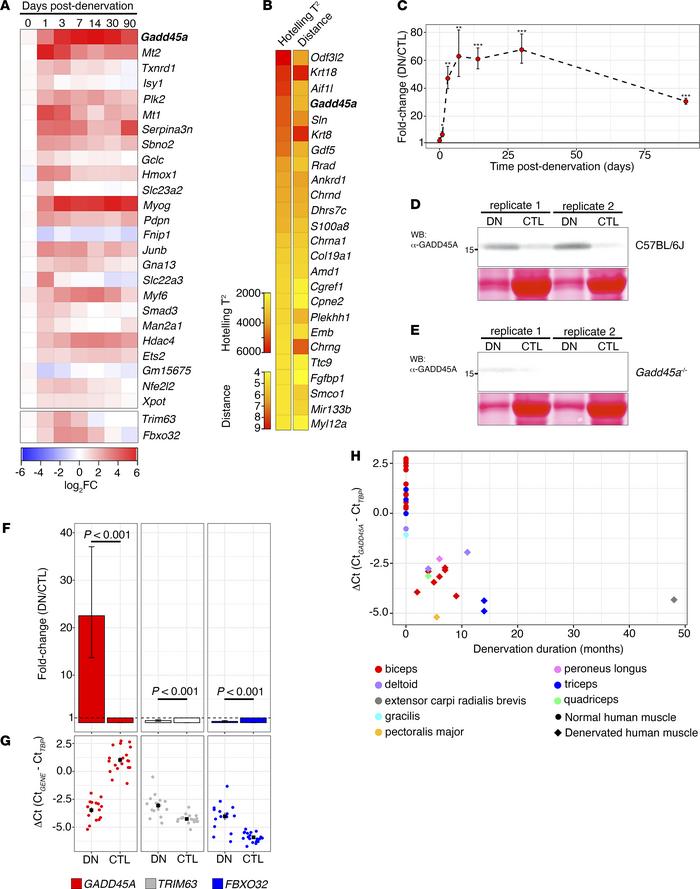 is the most significantly differentially expressed transcript in acutely denervated mouse gastrocnemius and shows sustained induction up to 3 months postdenervation (DN) (–; ** < 0.01, *** < 0.001, paired test with Bonferroni’s correction, 4 for each time point). GADD45A is similarly induced in a diverse range of denervated human skeletal muscle from individuals with acute denervation injury or acute flaccid myelitis and remains elevated up to 4 years after denervation (–, Welch’s test). Error bars in show mean ± SEM. All the normalized threshold detection cycles (ΔCt) from denervated skeletal muscle are substantially lower than controls, indicating higher mean expression levels ().