The drive to withstand environmental stresses and defend against invasion is a universal trait extant in all forms of life. While numerous canonical signaling cascades have been characterized in detail, it remains unclear how these pathways interface to generate coordinated responses to diverse stimuli. To dissect these connections, we followed heparanase (HPSE), a protein best known for its endoglycosidic activity at the extracellular matrix but recently recognized to drive various forms of late-stage disease through unknown mechanisms. Using herpes simplex virus-1 (HSV-1) infection as a model cellular perturbation, we demonstrate that HPSE acts beyond its established enzymatic role to restrict multiple forms of cell-intrinsic defense and facilitate host cell reprogramming by the invading pathogen. We reveal that cells devoid of HPSE are innately resistant to infection and counteract viral takeover through multiple amplified defense mechanisms. With a unique grasp of the fundamental processes of transcriptional regulation and cell death, HPSE represents a potent cellular intersection with broad therapeutic potential. 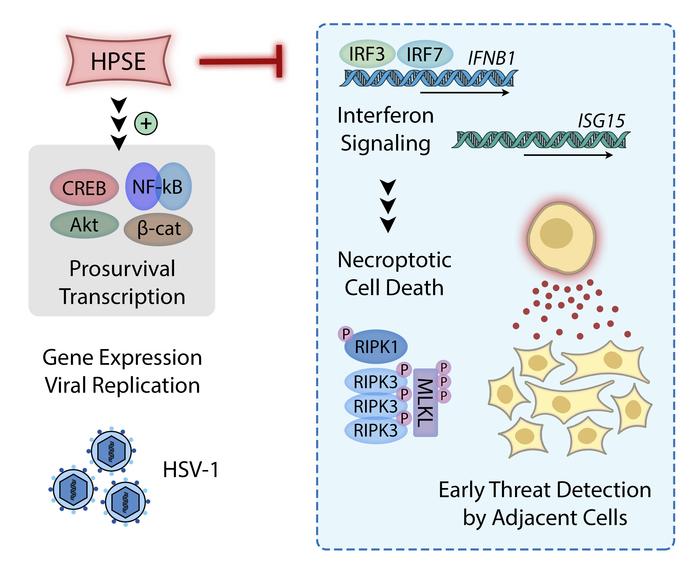