Metformin treatment delays the onset of the phenotype in nKO mice. 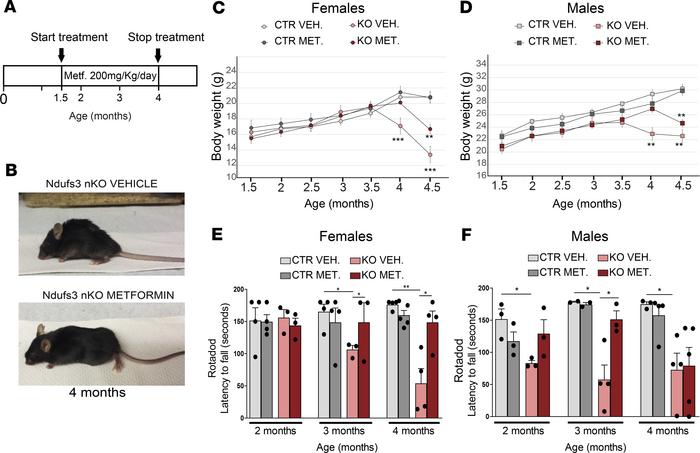