Changes in myocardial-associated B cell subsets mirror changes in B cell subsets observed in spleen, blood, lung, and liver, despite the presence of organ-specific features. 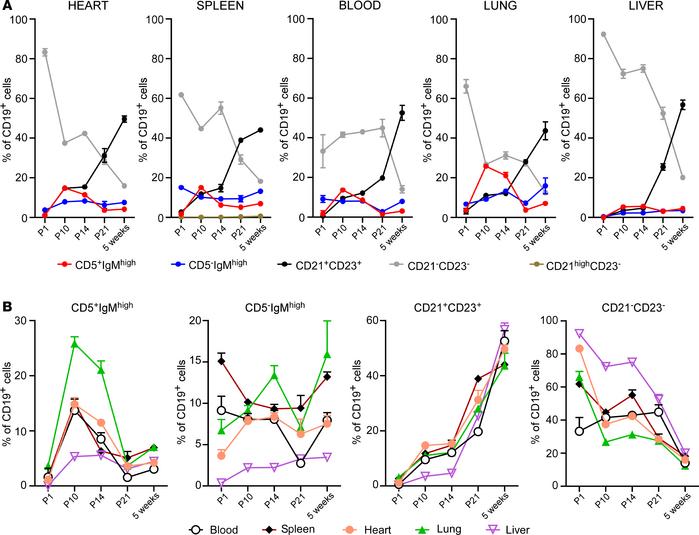 () Group data showing the composition B cell in the heart, spleen, blood, lung, and liver from P1 to 5 weeks of age. B cell composition is similar in all tissues and goes through the same dynamic changes during growth. The IgMhiCD5+ subset expands in early neonatal life, and the CD21–CD23– subset gradually decreases during development as the prevalence of the CD21+CD23+ subset increases. () Summary data showing the contribution of each B cell subset across tissues at different time points during growth. Despite marked similarities, tissue-specific features are present at various time points. shows the statistical analysis of each tissue and subset. = 4–6 samples/condition. At P1, tissues from 3–4 animals were pooled together to constitute = 1.