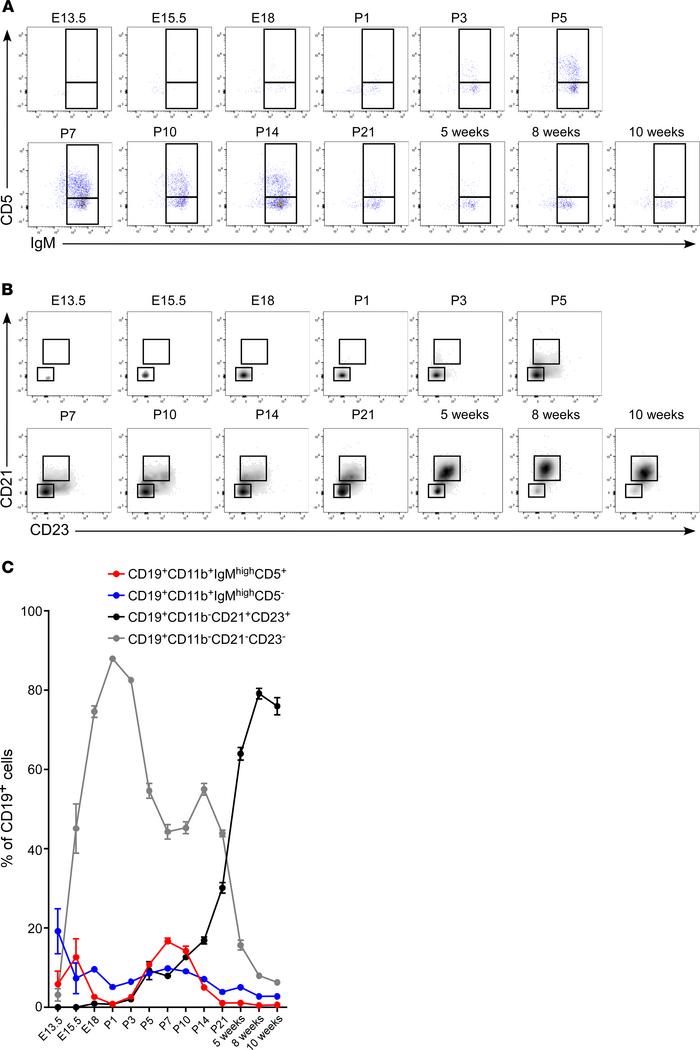 () Representative flow charts showing the expression of CD5 and IgM in CD19+CD11b+ B cells in the heart from E13.5 to 10 weeks of age. The box inserts within each graph delineate the positions of the IgMhiCD5+ subset and of the IgMhiCD5– subset. The prevalence of IgMhiCD5+ B cells increases during neonatal life (peak at P7), but this is not sustained during adult life. () Representative flow charts of CD21 and CD23 expression in myocardial CD19+CD11b– B cells. The box inserts within each graph delineate CD21–CD23– and CD21+CD23+ subsets. CD21–CD23– cells are the majority of B cells at birth, and their prevalence gradually decreases as the prevalence of CD21+CD23+ increases. CD21+CD23+ constitute the major B cell subgroup in the adult naive heart. () Summary graph showing the dynamic changes in B cell composition from embryonic to adult life in the heart. = 4–7 samples. shows the statistical analysis of each subset from embryonic through adult life. From E13.5 to P7, 3–6 embryonic and neonatal hearts were pooled together to constitute = 1.