Direct conversion of osteosarcoma to adipocytes by targeting TNIK

Direct conversion of osteosarcoma to adipocytes by targeting TNIK

Osteosarcoma (OS) is an aggressive mesenchymal tumor for which no molecularly targeted therapies are available. We have previously identified TRAF2- and NCK-interacting protein kinase (TNIK) as an essential factor for the transactivation of Wnt signal target genes and shown that its inhibition leads to eradication of colorectal cancer stem cells. The involvement of Wnt signaling in the pathogenesis of OS has been implicated. The aim of the present study was to examine the potential of TNIK as a therapeutic target in OS. RNA interference or pharmacological inhibition of TNIK suppressed the proliferation of OS cells. Transcriptome analysis suggested that a small-molecule inhibitor of TNIK upregulated the expression of genes involved in OS cell metabolism and downregulated transcription factors essential for maintaining the stem cell phenotype. Metabolome analysis revealed that this TNIK inhibitor redirected the metabolic network from carbon flux toward lipid accumulation in OS cells. Using in vitro and in vivo OS models, we confirmed that TNIK inhibition abrogated the OS stem cell phenotype, simultaneously driving conversion of OS cells to adipocyte-like cells through induction of PPARγ. In relation to potential therapeutic targeting in clinical practice, TNIK was confirmed to be in an active state in OS cell lines and clinical specimens. From these findings, we conclude that TNIK is applicable as a potential target for treatment of OS, affecting cell fate determination. 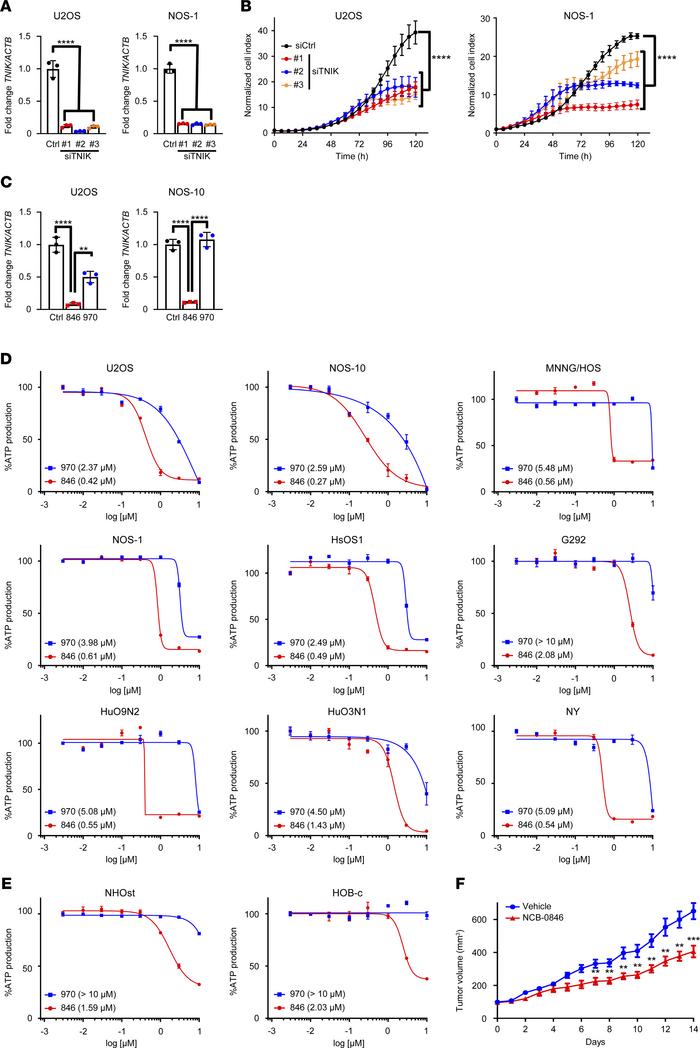