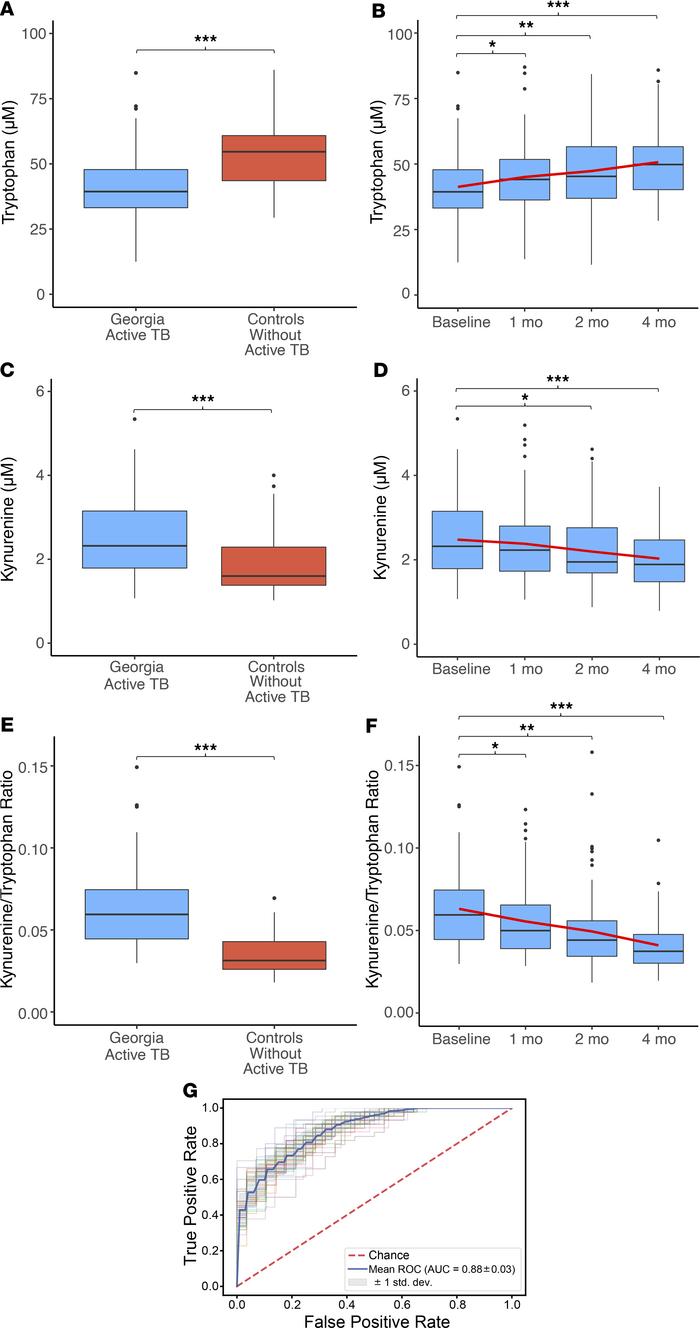 () Plasma tryptophan concentrations were significantly lower in persons with DS pulmonary TB disease from Georgia (light blue; = 89) versus controls without active TB disease (red; = 57) and () significantly increased after 1, 2, and 4 months of DOT compared with baseline. The red line indicates the trend of the mean over time. () Plasma kynurenine concentrations were significantly higher in Georgian patients with DS-TB versus controls and () significantly declined after 1, 2, and 4 months of active TB treatment. () The plasma kynurenine/tryptophan (K/T) ratio was also significantly higher in patients with active TB versus controls and () declined with antibiotic therapy in a stepwise fashion. () The receiver operator characteristic curve (ROC) for the plasma K/T ratio demonstrated excellent classification accuracy for identification of pulmonary TB. Active TB cases from Georgia were compared with controls using a Wilcoxon rank-sum test. Changes in tryptophan, kynurenine, and the K/T ratio relative to baseline were compared using a Wilcoxon signed-rank test (* ≤ 0.05, ** < 0.01, and *** < 0.001). The AUC for the ROC curve was calculated using logistic regression with 2-fold crossvalidation. The box plots depict the minimum and maximum values (whiskers), the upper and lower quartiles, and the median. The length of the box represents the interquartile range.