White adipose tissue not only serves as a reservoir for energy storage but also secretes a variety of hormonal signals and modulates systemic metabolism. A substantial amount of adipose tissue develops in early postnatal life, providing exceptional access to the formation of this important tissue. Although a number of factors have been identified that can modulate the differentiation of progenitor cells into mature adipocytes in cell-autonomous assays, it remains unclear which are connected to physiological extracellular inputs and are most relevant to tissue formation in vivo. Here, we elucidate that mature adipocytes themselves signal to adipose depot–resident progenitor cells to direct depot formation in early postnatal life and gate adipogenesis when the tissue matures. Our studies revealed that as the adipose depot matures, a signal generated in mature adipocytes is produced, converges on progenitor cells to regulate the cytoskeletal protein MYH9, and attenuates the rate of adipogenesis in vivo. 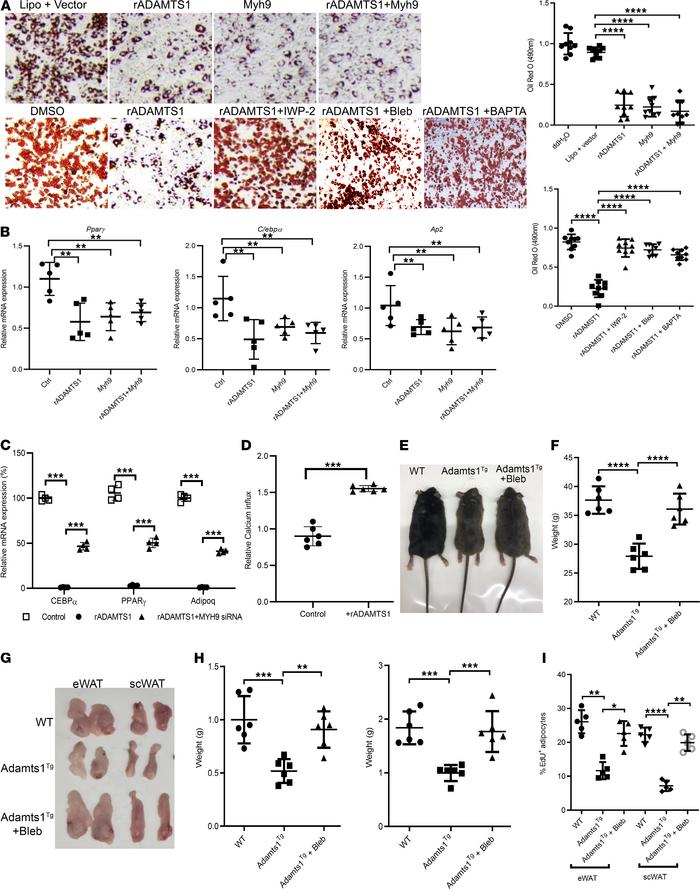