MAP1B is highly expressed in the spiral ganglion neurons. 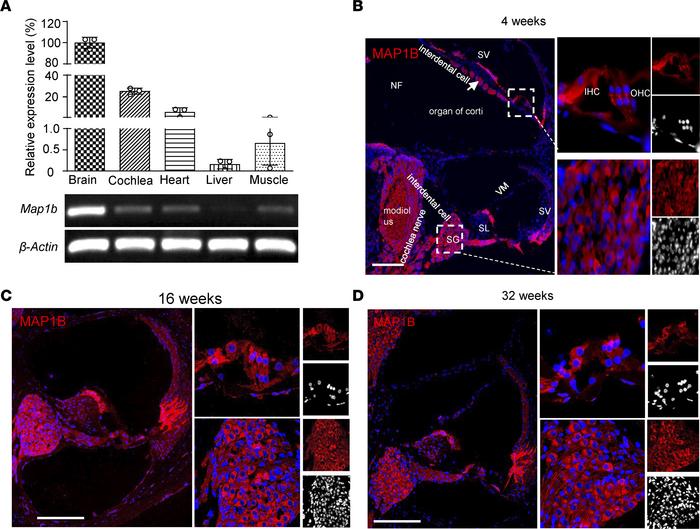