A proposed model: neuronal release of acetylcholine plays a role in the pathogenesis of pancreatitis. 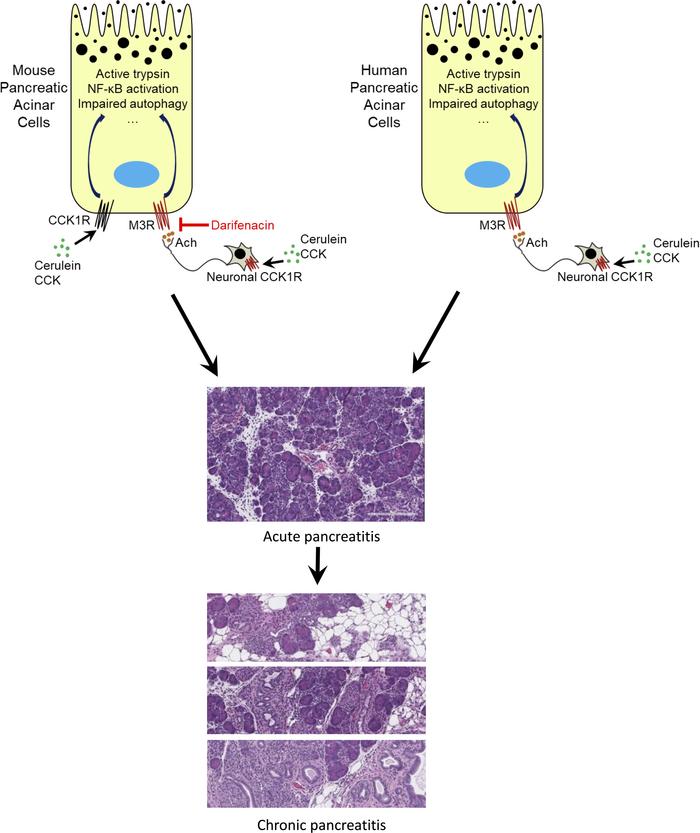