Inactivation of PERK and ATF6α led to accumulation of ubiquitinated proteins and p62 in mature oligodendrocytes at P45. 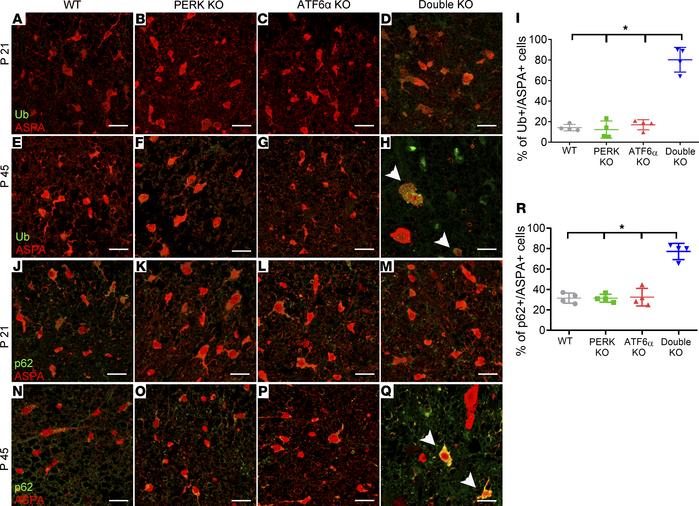