Mice with double deletion of PERK and ATF6α in oligodendrocytes developed a late-onset and progressive tremoring phenotype. 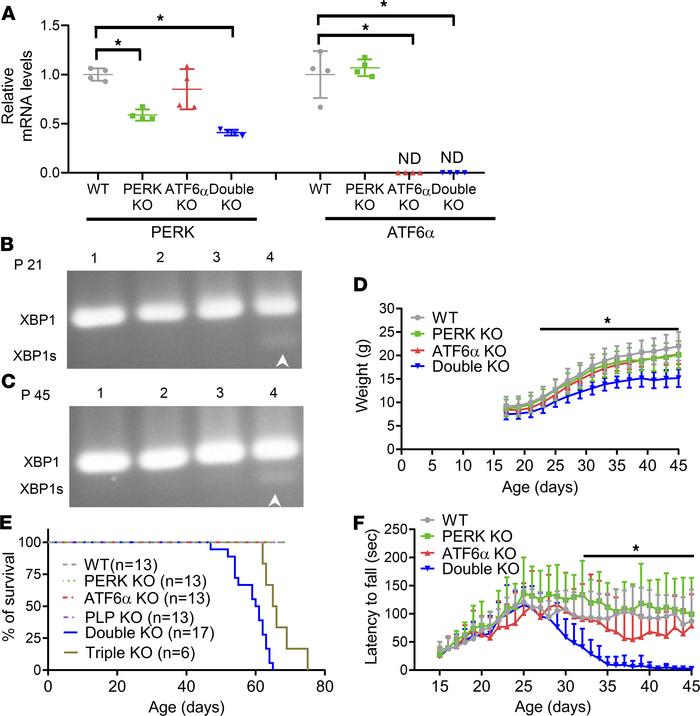