Central poststroke pain (CPSP) is one of the neuropathic pain syndromes that can occur following stroke involving the somatosensory system. However, the underlying mechanism of CPSP remains largely unknown. Here, we established a CPSP mouse model by inducing a focal hemorrhage in the thalamic ventrobasal complex and confirmed the development of mechanical allodynia. In this model, microglial activation was observed in the somatosensory cortex, as well as in the injured thalamus. By using a CSF1 receptor inhibitor, we showed that microglial depletion effectively prevented allodynia development in our CPSP model. In the critical phase of allodynia development, c-fos–positive neurons increased in the somatosensory cortex, accompanied by ectopic axonal sprouting of the thalamocortical projection. Furthermore, microglial ablation attenuated both neuronal hyperactivity in the somatosensory cortex and circuit reorganization. These findings suggest that microglia play a crucial role in the development of CPSP pathophysiology by promoting sensory circuit reorganization. 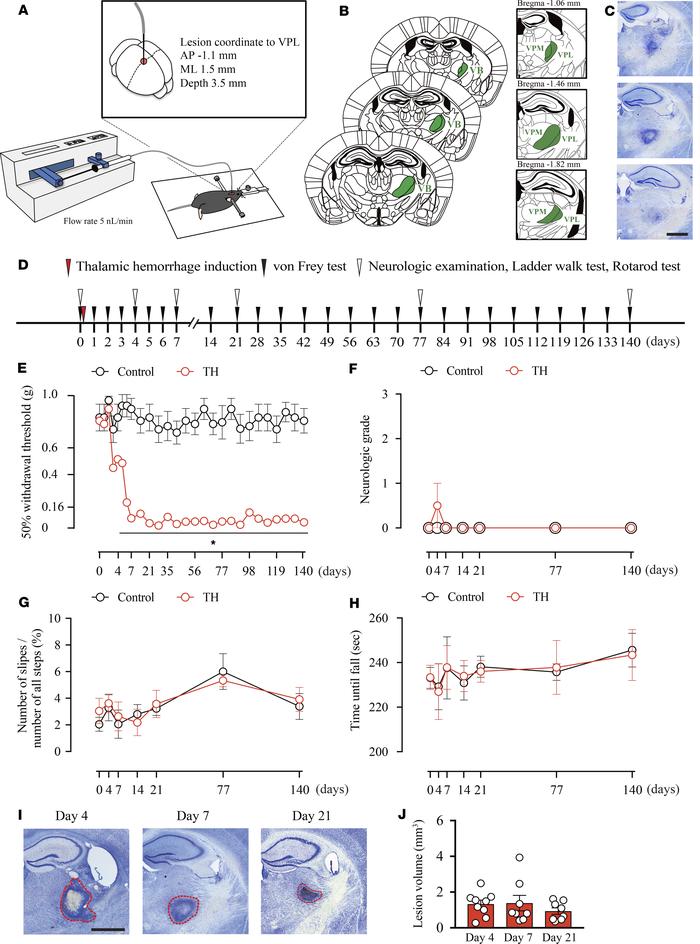