Insulin transcript variants and proconvertase RNA are differentially expressed throughout the brain. 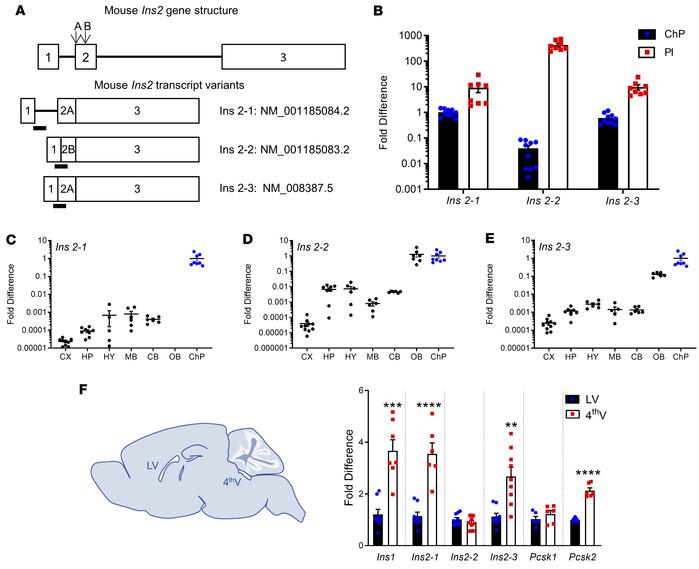