Intestinally derived glucagon-like peptide-1 (GLP-1), encoded by the preproglucagon (Gcg) gene, is believed to function as an incretin. However, our previous work questioned this dogma and demonstrated that pancreatic peptides rather than intestinal Gcg peptides, including GLP-1, are a primary regulator of glucose homeostasis in normal mice. The objective of these experiments was to determine whether changes in nutrition or alteration of gut hormone secretion by bariatric surgery would result in a larger role for intestinal GLP-1 in the regulation of insulin secretion and glucose homeostasis. Multiple transgenic models, including mouse models with intestine- or pancreas tissue–specific Gcg expression and a whole-body Gcg-null mouse model, were generated to study the role of organ-specific GLP-1 production on glucose homeostasis under dietary-induced obesity and after weight loss from bariatric surgery (vertical sleeve gastrectomy; VSG). Our findings indicated that the intestine is a major source of circulating GLP-1 after various nutrient and surgical stimuli. However, even with the 4-fold increase in intestinally derived GLP-1 with VSG, it is pancreatic peptides, not intestinal Gcg peptides, that are necessary for surgery-induced improvements in glucose homeostasis.

GLP-1 secretion and GLP-1R signaling is conserved during HFD ingestion. 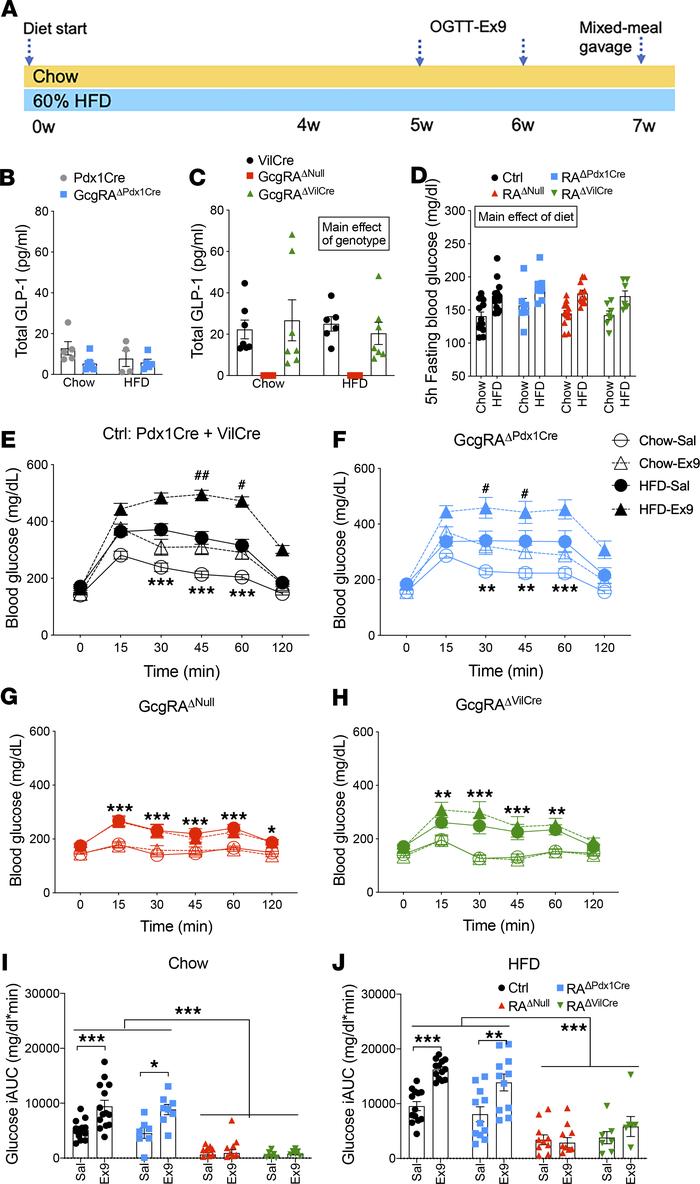