Alcohol withdrawal (AW) after chronic alcohol exposure produces a series of symptoms, with AW-associated seizures being among the most serious and dangerous. However, the mechanism underlying AW seizures has yet to be established. In our mouse model, a sudden AW produced 2 waves of seizures: the first wave includes a surge of multiple seizures that occurs within hours to days of AW, and the second wave consists of sustained expression of epileptiform spikes and wave discharges (SWDs) during a protracted period of abstinence. We revealed that the structural and functional adaptations in newborn dentate granule cells (DGCs) in the hippocampus underlie the second wave of seizures but not the first wave. While the general morphology of newborn DGCs remained unchanged, AW increased the dendritic spine density of newborn DGCs, suggesting that AW induced synaptic connectivity of newborn DGCs with excitatory afferent neurons and enhanced excitability of newborn DGCs. Indeed, specific activation and suppression of newborn DGCs by the chemogenetic DREADD method increased and decreased the expression of epileptiform SWDs, respectively, during abstinence. Thus, our study unveiled that the pathological plasticity of hippocampal newborn DGCs underlies AW seizures during a protracted period of abstinence, providing critical insight into hippocampal neural circuits as a foundation to understand and treat AW seizures. 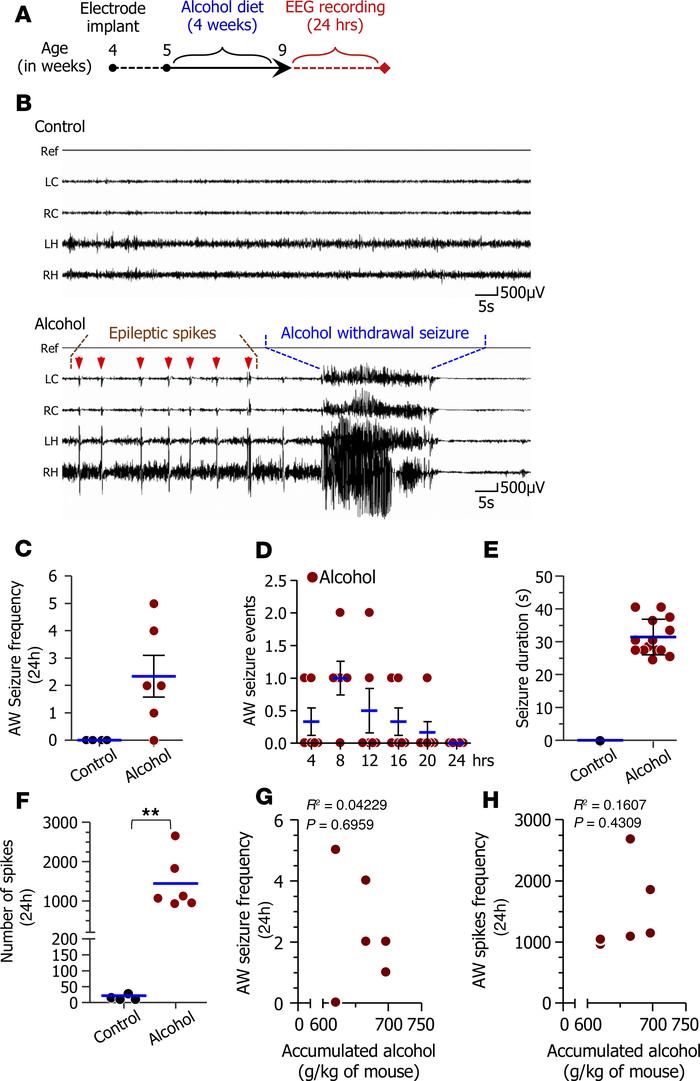