Upregulation of Ito and conserved IKr and IK1. 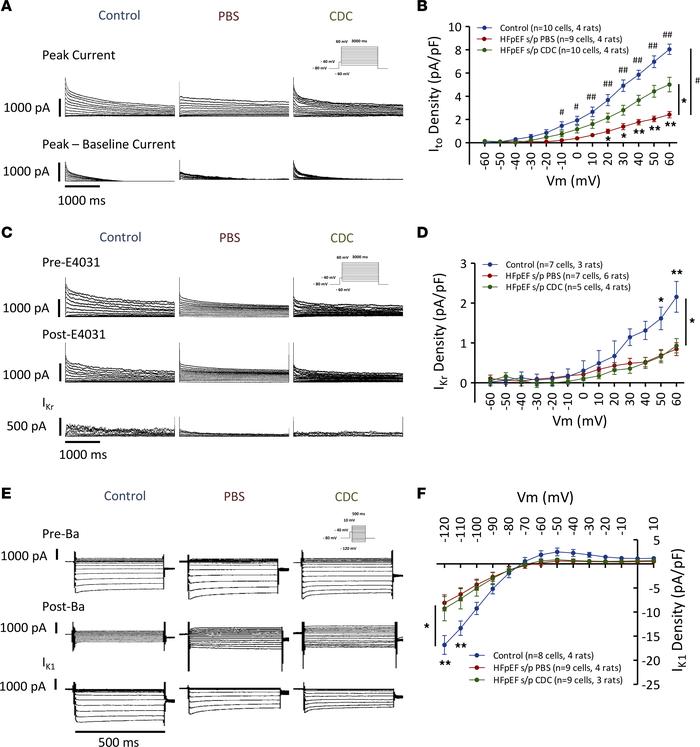