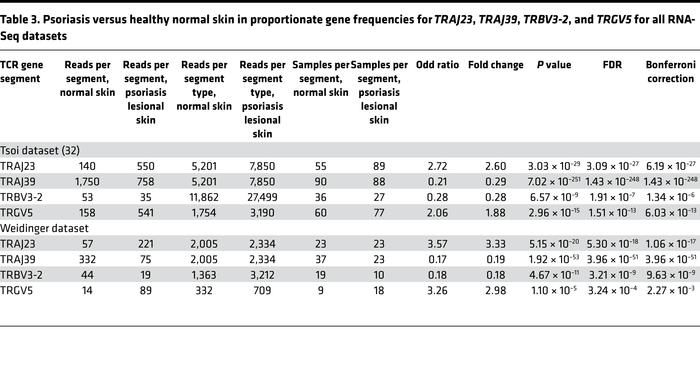 Psoriasis versus healthy normal skin in proportionate gene frequencies for , , , and for all RNA-Seq datasets