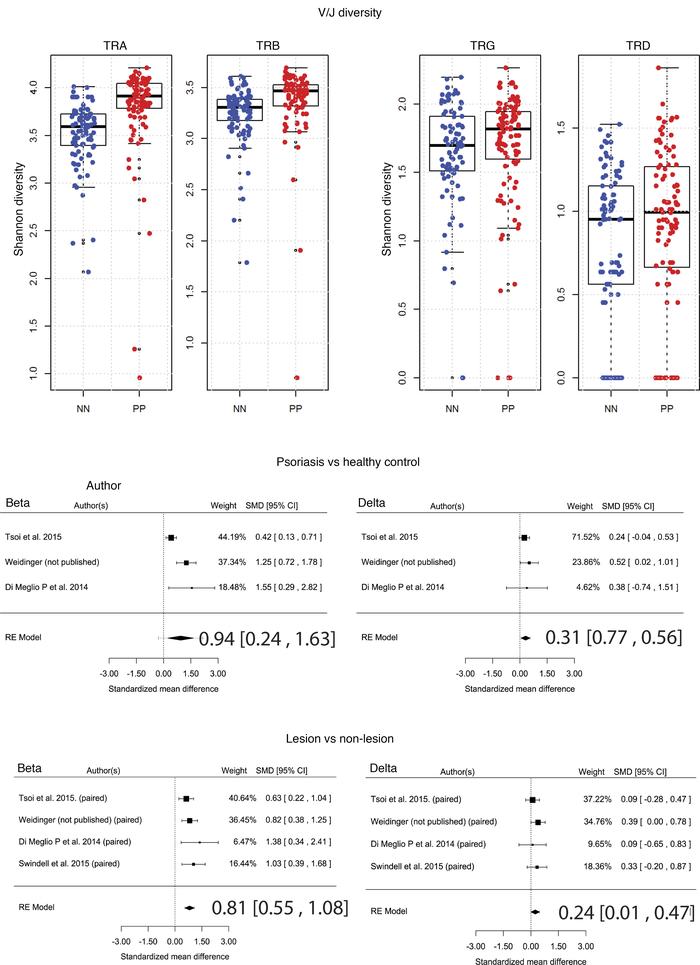 V/J sequences were extracted from RNA-Seq datasets using TCRminer. Shannon diversity index was calculated for healthy (blue dots) and psoriatic (red dots) CDR3 sequences, and the Wilcoxon rank sum test was used to estimate statistically significant differences in diversity. Increased diversity of V/J gene segment usage were noted for TRA and TRB. Diversity of TRG and TRD did not change significantly. Results of statistical analysis are presented in . Meta-analysis of all RNA-Seq datasets was used to confirm the observed psoriasis-associated increase in TRA and TRB diversity. Forest plots of the standardized mean difference of TRB CDR3 diversity (psoriasis versus healthy control and psoriasis lesion versus nonlesional skin) are shown. Each black box is representative of the study weight for each data set, and horizontal lines are 95% CI. Diamonds represent standardized mean differences for results of all studies combined. Extremes of diamonds give 95% CI.