Patterns of TCR V/J gene usage in the setting of psoriasis. 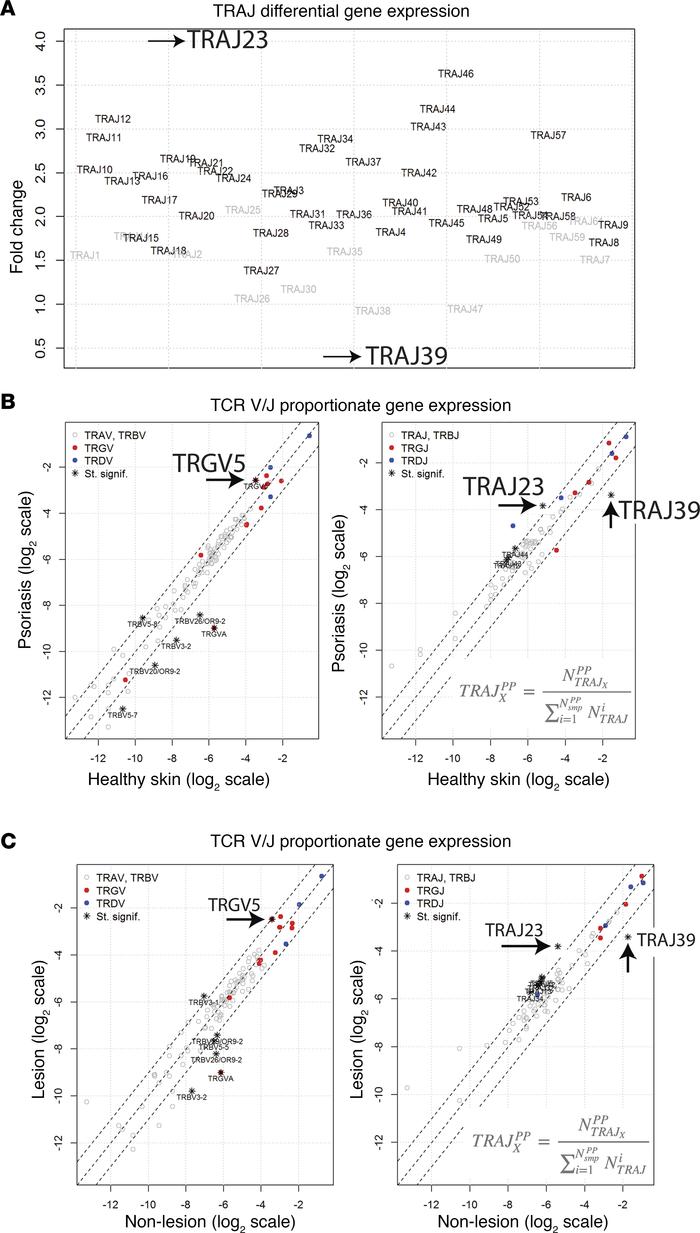