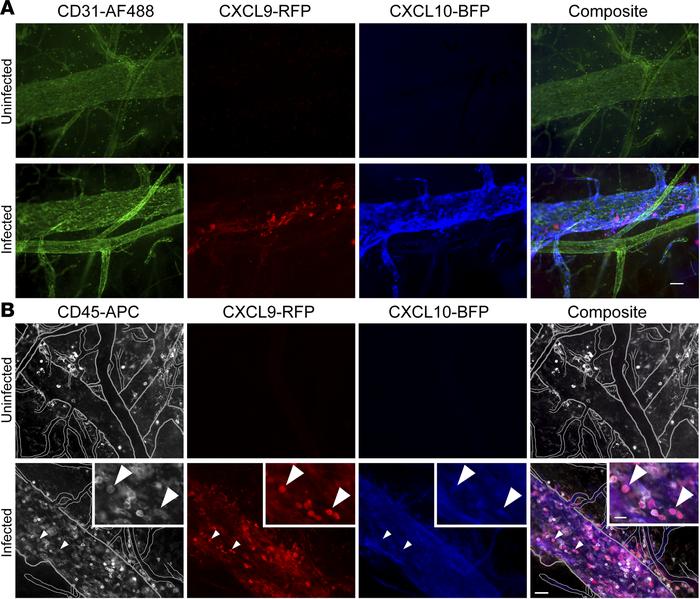 Whole-mount immunofluorescence was performed on the brain cortices of uninfected or day 8 ANKA–infected (PbA-infected) REX3 mice, where CXCL9-RFP is red and CXCL10-BFP is blue. Representative images are shown stained with () anti-CD31-AF488 (green) or () anti-CD45-APC (white). In panel , gray lines represent the outline of blood vessels as determined by CD31 staining and arrowheads in insets indicate CD45, CXCL9, and CXCL10 triple-positive cells. Scale bars: 50 μm and 25 μm (inset). = 6 mice/group total from 3 independent experiments.