The effects of short-term CXCL9 and CXCL10 blockade on T cell–endothelial cell interactions. 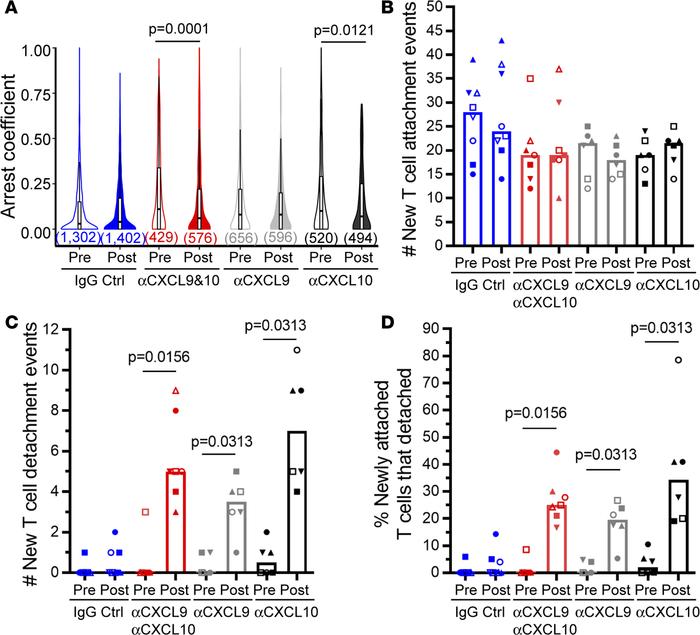