In cystic fibrosis (CF), deletion of phenylalanine 508 (F508del) in the cystic fibrosis transmembrane conductance regulator (CFTR) anion channel causes misfolding and premature degradation. Considering the numerous effects of the F508del mutation on the assembly and processing of CFTR protein, combination therapy with several pharmacological correctors is likely to be required to treat CF patients. Recently, it has been reported that thymosin α-1 (Tα-1) has multiple beneficial effects that could lead to a single-molecule-based therapy for CF patients with F508del. Such effects include suppression of inflammation, improvement in F508del-CFTR maturation and gating, and stimulation of chloride secretion through the calcium-activated chloride channel (CaCC). Given the importance of such a drug, we aimed to characterize the underlying molecular mechanisms of action of Tα-1. In-depth analysis of Tα-1 effects was performed using well-established microfluorimetric, biochemical, and electrophysiological techniques on epithelial cell lines and primary bronchial epithelial cells from CF patients. The studies, which were conducted in 2 independent laboratories with identical outcome, demonstrated that Tα-1 is devoid of activity on mutant CFTR as well as on CaCC. Although Tα-1 may still be useful as an antiinflammatory agent, its ability to target defective anion transport in CF remains to be further investigated. 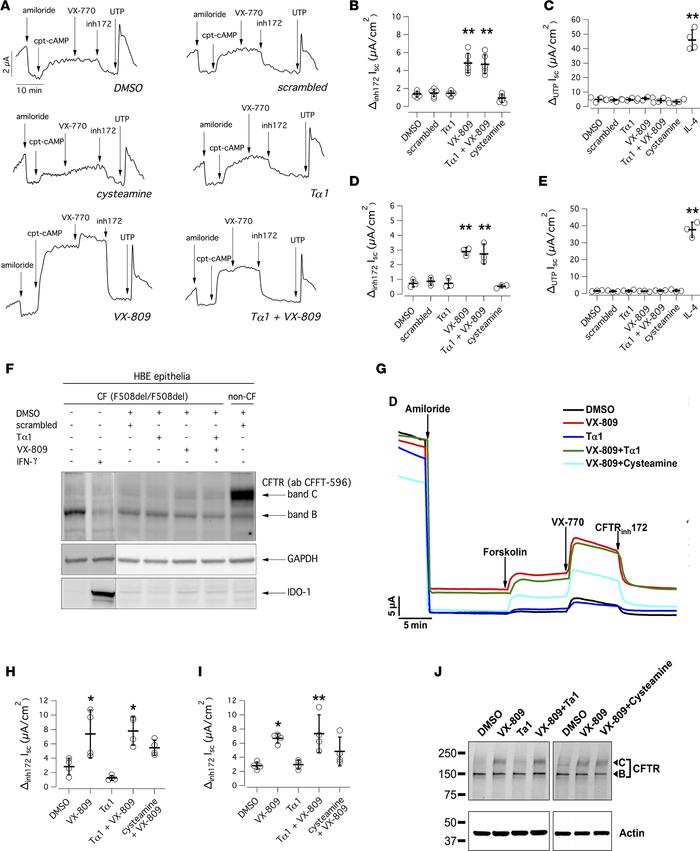