Anti-CD122 treatment prevents the conversion of Th17 cells to pathogenic Th1 cells in the pancreas. 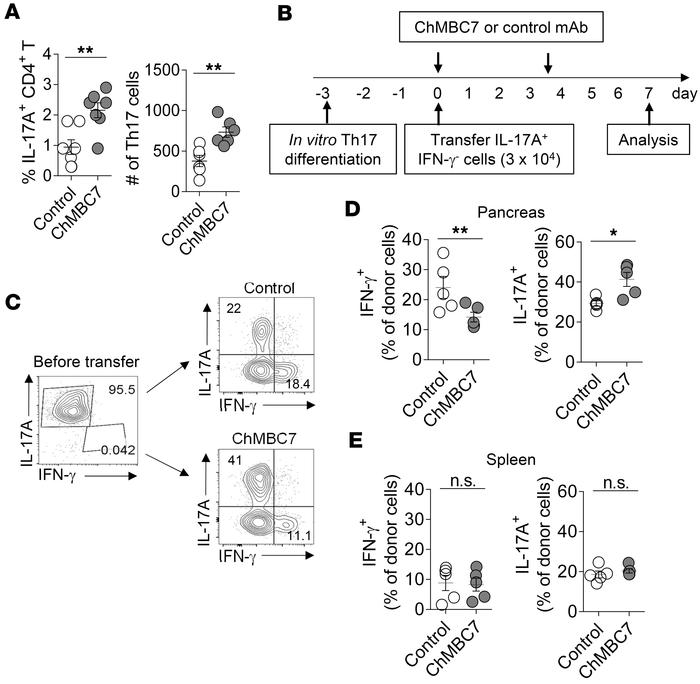 () The percentages of Th17 cells in pancreatic islets of 10-week-old NOD mice treated with control mAb or ChMBC7 for 7 weeks ( = 7 in each group). () Schematic diagram showing experimental design of Th17 transfer experiments. () Representative FACS plots of IL-17A and IFN-γ expression in donor cells before and after the transfer. ( and ) IFN-γ and IL-17A production by donor CD4+ T cells from pancreatic islets () and spleen () in recipient mice treated with either control mAb or ChMBC7 ( = 5 in each group). Data are representative of 3 () or 2 (–) independent experiments. Statistical data are mean ± SEM. values are calculated using Student’s test. * < 0.05; ** < 0.01.