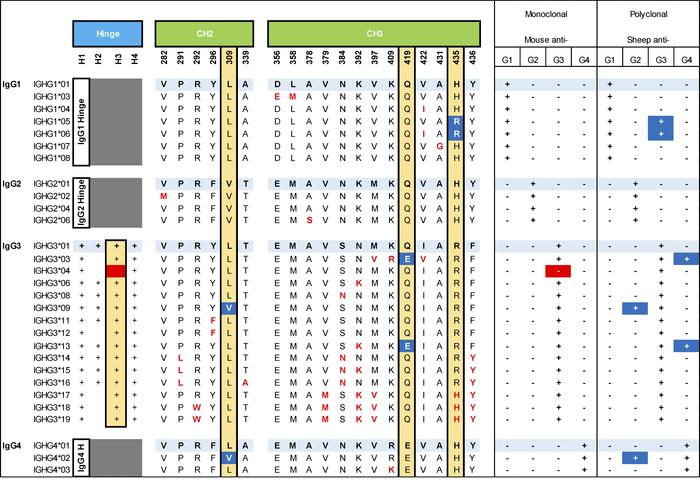 Canonical sequences for each IgG subclass are shown in light blue, with all known intrasubclass variants within the hinge, CH2, and CH3 region shown below each canonical sequence. A summary of the reactivity with either monoclonal or polyclonal anti-IgG subclass–specific antibody is shown to the right, with blind spots (and their corrections) shown in red and cross-reactive antibodies (and their corrections) shown in blue. For clarity, variant amino acids that differ between IgG subclasses but that do not vary within a subclass (i.e., isoallotype) are not shown. For a more comprehensive view of all known amino acid differences between the 29 isoallotypes, please see ref. .