GSEA identified the significant changes of the activity of oncogenic pathways in the bronchial airways of B(a)P-treated mice after pioglitazone treatment. 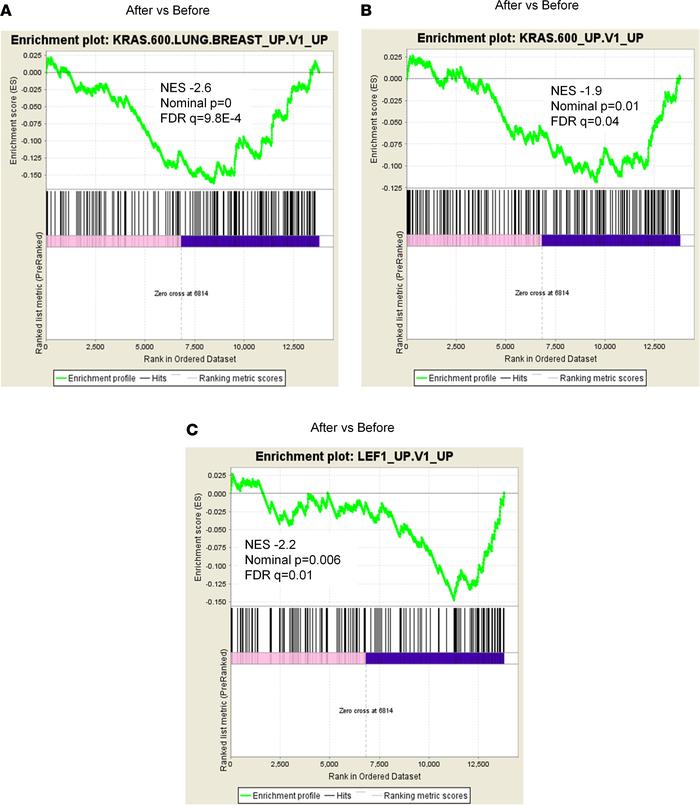