NOTCH3 is expressed in perivascular and lumenal cells in IHs. 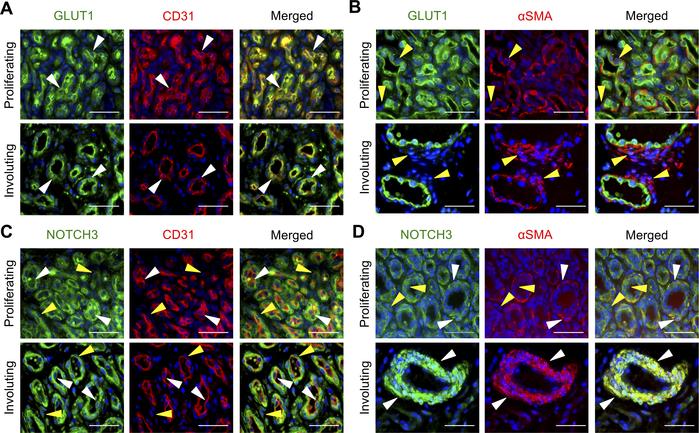