Contact hypersensitivity (CHS) is a common skin disease induced by epicutaneous sensitization to haptens. Conflicting results have been obtained regarding pathogenic versus protective roles of mast cells (MCs) in CHS, and this has been attributed in part to the limitations of certain models for studying MC functions in vivo. Here we describe a fluorescent imaging approach that enables in vivo selective labeling and tracking of MC secretory granules by real-time intravital 2-photon microscopy in living mice, and permits the identification of such MCs as a potential source of cytokines in different disease models. We show using this method that dermal MCs release their granules progressively into the surrounding microenvironment, but also represent an initial source of the antiinflammatory cytokine IL-10, during the early phase of severe CHS reactions. Finally, using 3 different types of MC-deficient mice, as well as mice in which IL-10 is ablated specifically in MCs, we show that IL-10 production by MCs can significantly limit the inflammation and tissue pathology observed in severe CHS reactions. 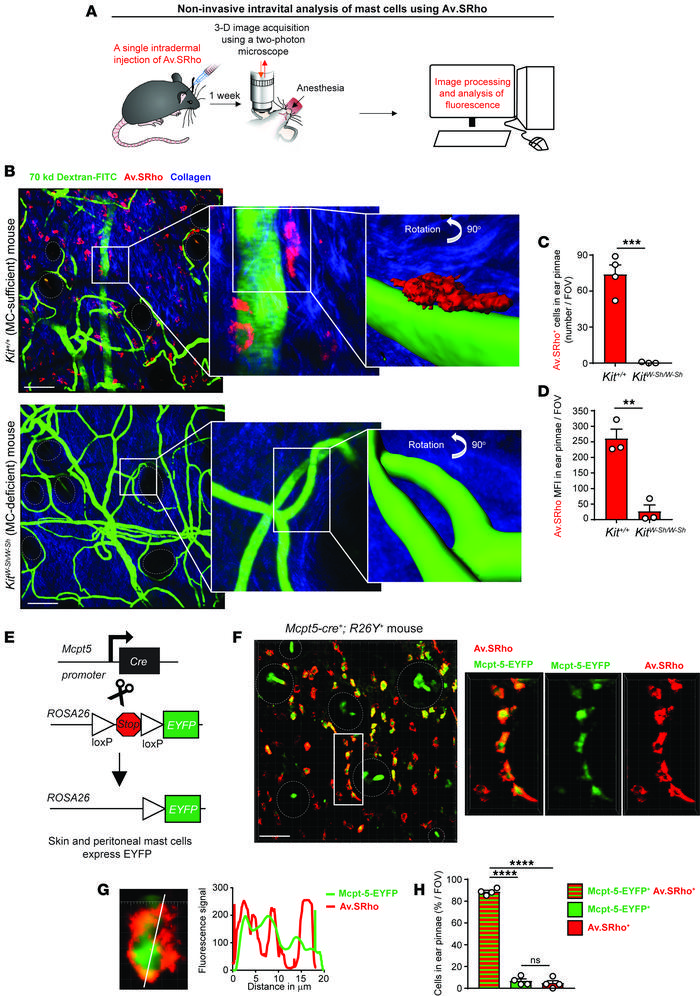