Pericytes at the vascular front of P7 conditional -null and type 2B mutant retina vessel networks ectopically express αSMA but not in littermate control vessels. 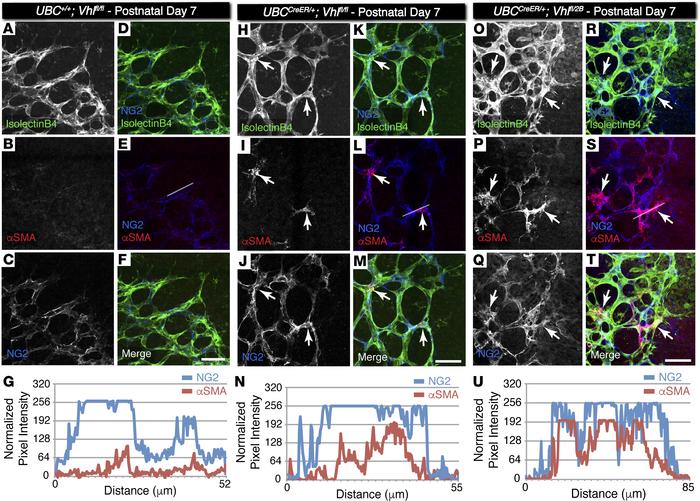 (, , ) Representative images of P7 mouse retinal vasculature stained for isolectin B4 (, , ), αSMA (, , ), and neural glial antigen-2 (NG2) (, , ). The NG2 image is merged with the isolectin B4 image (, , ), with the αSMA image (, , ), and with both isolectin B4 and αSMA (, , ). Arrows indicate NG2+ cells overlapping with αSMA signal. The dotted lines in , , and indicate the region of interest where pixel intensity values were measured and normalized. Scale bars: 50 μm. (, , ) Pixel intensity values for each line scan of NG2 and αSMA signals in the region indicated by the dotted line drawn in , , and , respectively.