Calcium and parathyroid hormone (PTH) increased significantly after injection of the calcilytic in WT mice and mice with activating Gα11. 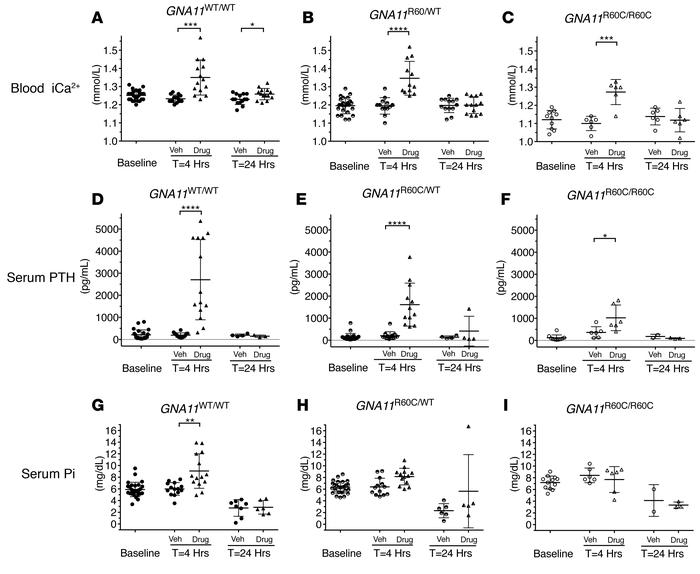