Decrease in the fractional excretion index of calcium after treatment of mice with a single injection of a calcilytic. 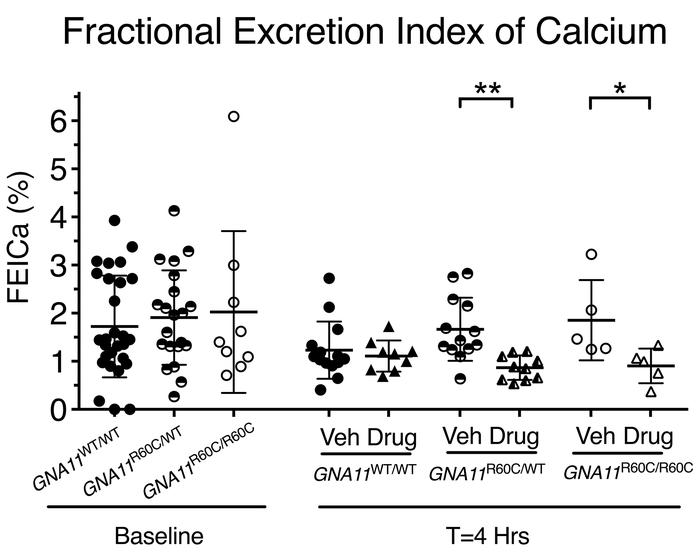