The relationships between vitamin D binding protein and vitamin D metabolites suggest that the prohormone is actively transported into the prostate, followed by intraprostatic conversion to the active hormone, rather than passive diffusion. These findings support the presence of a compensatory response in prostate tissue to vitamin D deficiency in AAs and reveal a previously unknown complexity involving tissue distribution of vitamin D metabolites. 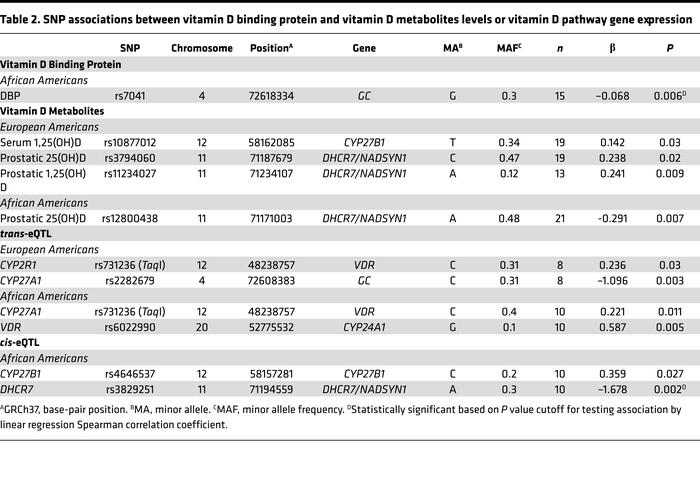