Canavan disease (CD) is a debilitating and lethal leukodystrophy caused by mutations in the aspartoacylase () gene and the resulting defect in -acetylaspartate (NAA) metabolism in the CNS and peripheral tissues. Recombinant adeno-associated virus (rAAV) has the ability to cross the blood-brain barrier and widely transduce the CNS. We developed a rAAV-based and optimized gene replacement therapy, which achieves early, complete, and sustained rescue of the lethal disease phenotype in CD mice. Our treatment results in a super-mouse phenotype, increasing motor performance of treated CD mice beyond that of WT control mice. We demonstrate that this rescue is oligodendrocyte independent, and that gene correction in astrocytes is sufficient, suggesting that the establishment of an astrocyte-based alternative metabolic sink for NAA is a key mechanism for efficacious disease rescue and the super-mouse phenotype. Importantly, the use of clinically translatable high-field imaging tools enables the noninvasive monitoring and prediction of therapeutic outcomes for CD and might enable further investigation of NAA-related cognitive function. 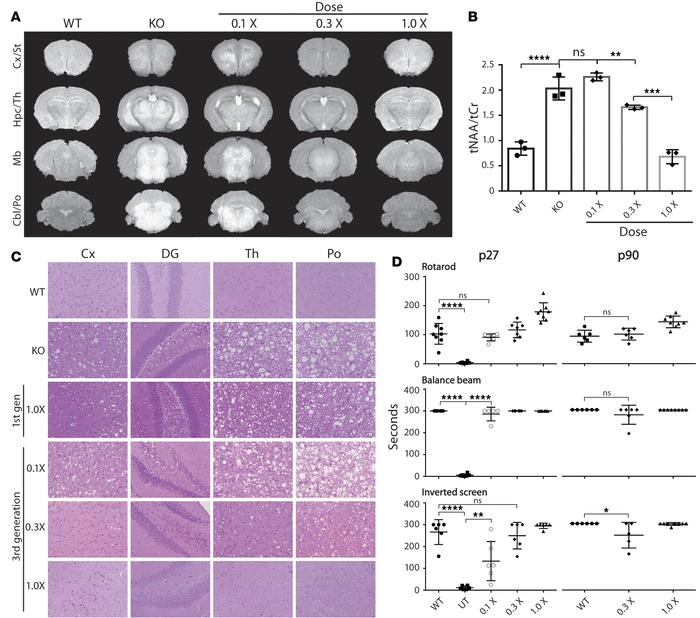