CD103+ mig-DCs are the main DC source of IL-12 in mLNs after HDM exposure. 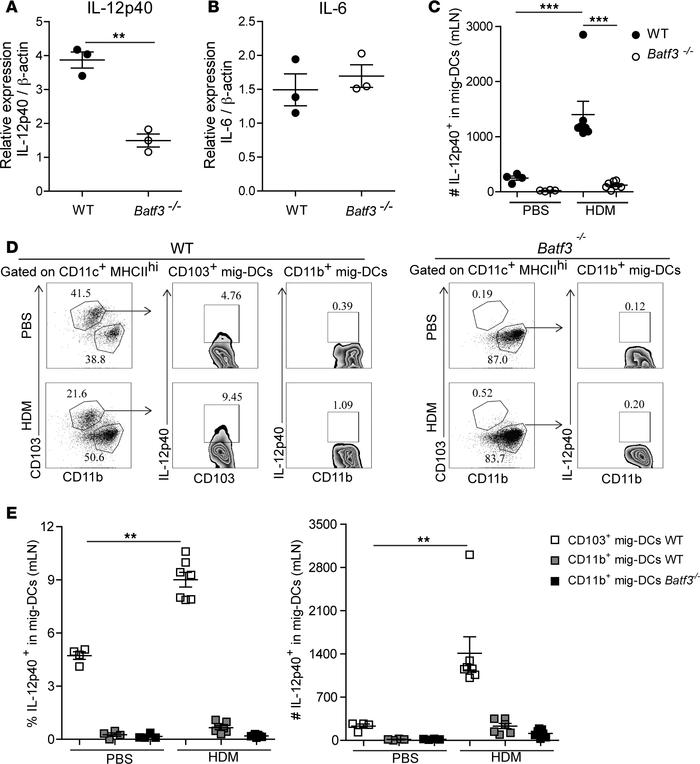