mice lack CD103+ cDC1s in the lung and mLN and show a reduced CD8α+ cDC1 compartment in mLN. 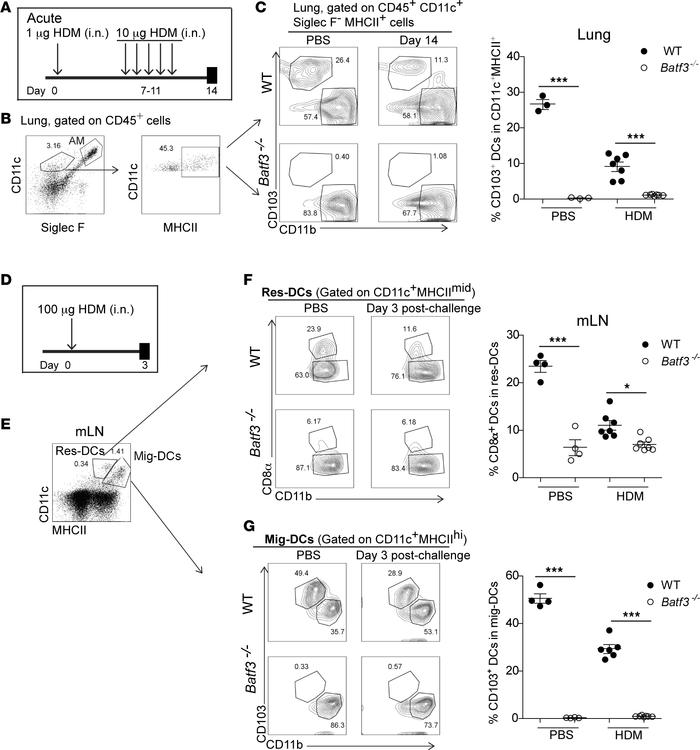