Quantification of stable isotope tracers has revealed the dynamic state of living tissues. A new form of imaging mass spectrometry quantifies isotope ratios in domains much smaller than a cubic micron, enabling measurement of cell turnover and metabolism with stable isotope tracers at the single-cell level with a methodology we refer to as multi-isotope imaging mass spectrometry. In a first-in-human study, we utilize stable isotope tracers of DNA synthesis and de novo lipogenesis to prospectively measure cell birth and adipocyte lipid turnover. In a study of healthy adults, we elucidate an age-dependent decline in new adipocyte generation and adipocyte lipid turnover. A linear regression model suggests that the aging effect could be mediated by a decline in insulin-like growth factor-1 (IGF-1). This study therefore establishes a method for measurement of cell turnover and metabolism in humans with subcellular resolution while implicating the growth hormone/IGF-1 axis in adipose tissue aging. 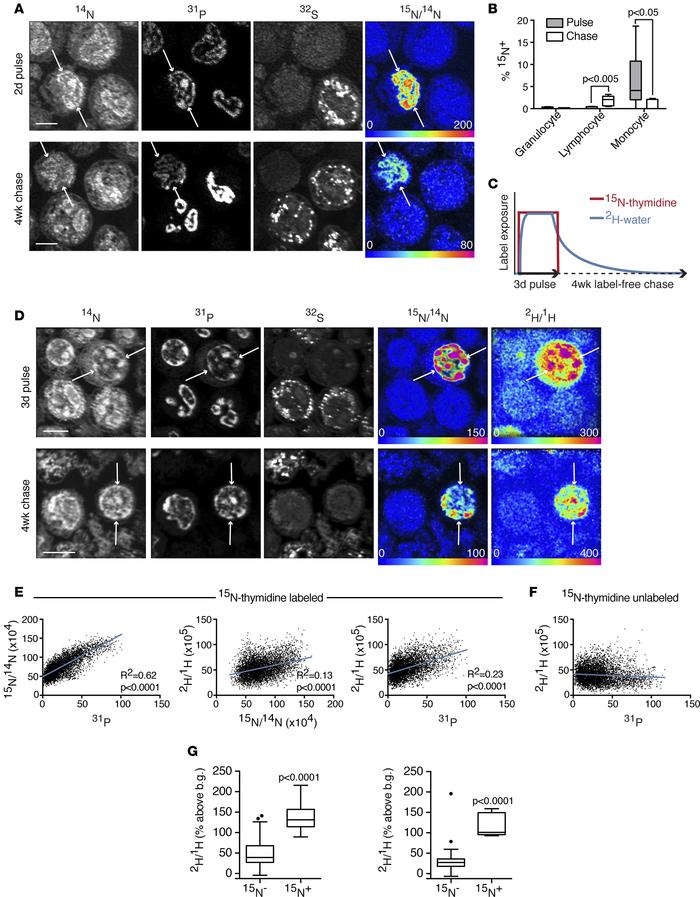