Recruitment of Ly6Chi monocytes and T cells to the liver upon adenoviral infection. 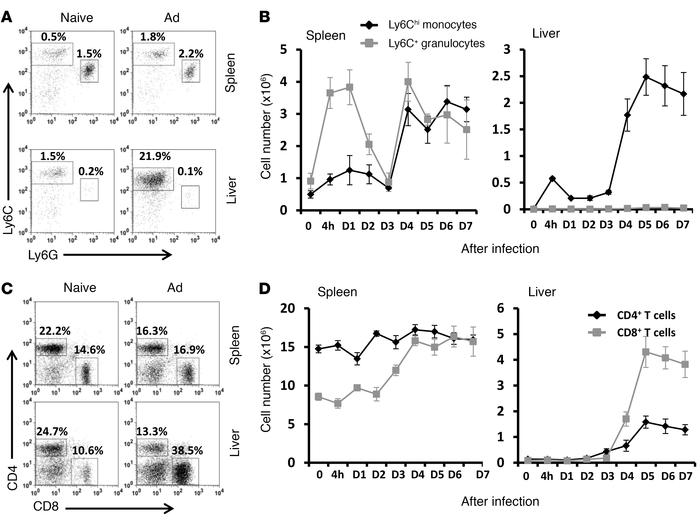